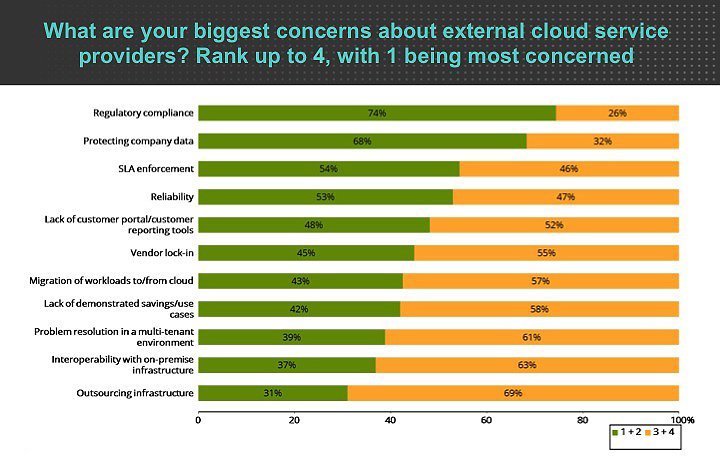 There are still deep misgivings about cloud services, despite one third of those questioned saying they will use the cloud for primary storage in 2014 (see slide two) and with an average of 26% of respondents’ data being stored in the cloud already. The two biggest worries flow from the perceived lack of control and data protection inherent to offloading data to third parties. This manifested itself in “achieving regulatory compliance” and “protecting company data” being named as biggest worries about the cloud for between two-thirds and three quarters of respondents. The next two most worrying aspects of cloud services for those questioned stem from the inherent latency present in cloud access. That saw “SLA enforcement” and “reliability” cited as the main concerns about cloud services by more than half of those questioned.