Tony Sale with the rebuilt Colossus 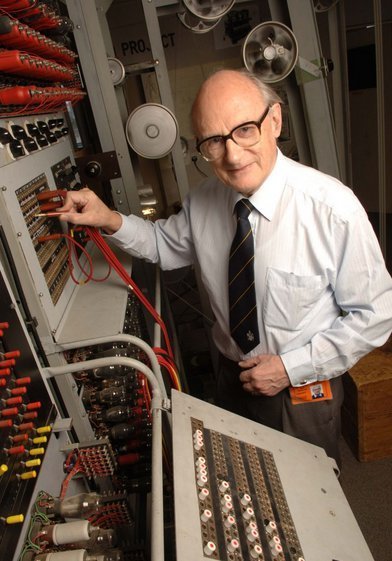 Colossus was the world’s first programmable electronic computer and aided in deciphering the encrypted messages sent between Hitler and his generals during World War II. The power of Colossus significantly reduced the time it took to decipher codes, accelerating the Allies’ code-breaking operation. The National Museum of Computing (TNMOC) states that over the course of the war, 10 Colossus computers, worked by 550 people, had managed to break 63 million characters of high-grade German communications.

In 1992, computer engineer and programmer Tony Sale began to reconstruct a Colossus computer. With the help of his team, Sale succeeded in 2007. On completion of the rebuild, the Colossus cracked the Lorenz code used by the German armed forces in 3.5 hours. This compares with modern-day computer software, which broke the code in 46 seconds. The rebuild of the Colossus is on display in a public gallery at TNMOC at Bletchley Park.