Information security technology in use 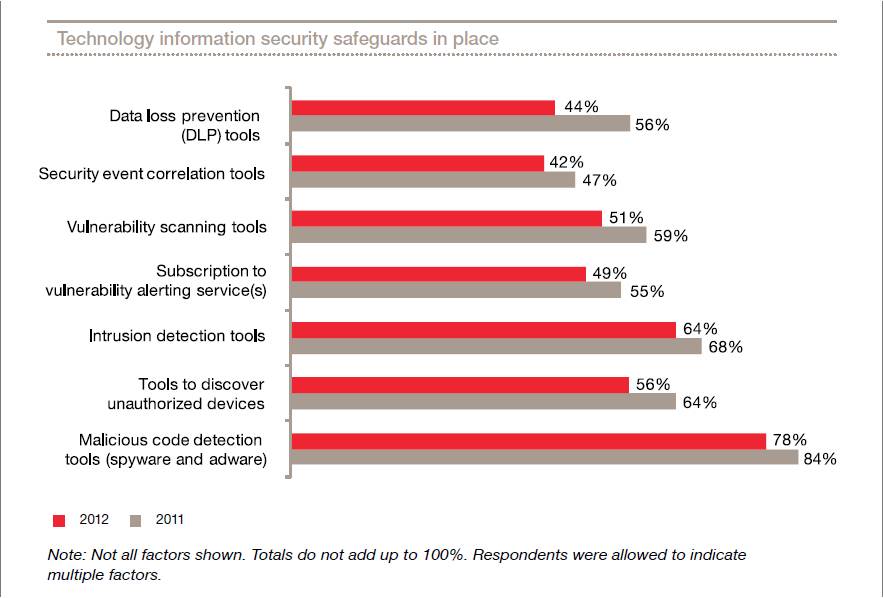 The PwC survey suggests a decline in the use of basic infosec detection technology. Several companies also seem to relax fundamental principles in infosec policies, which suggest a counter-intuitive trend. According to PwC, confidence in security posture has been decreasing the number of deployed basic infosec tools. Categories that seem to be in decline include malware detection kits (down to 78% from 84% in 2012), and IDS tools (down to 64% from 68% last year).