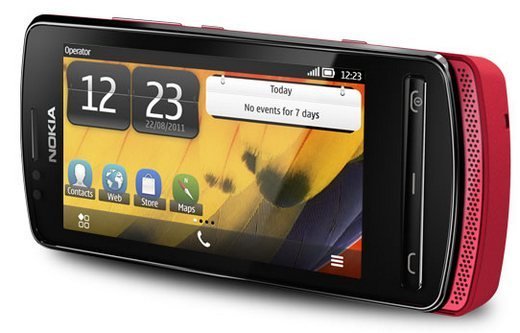 The Nokia 700 has a 3.2-inch (640 x 360) AMOLED ClearBlack display powered by a 1GHz single-core processor. There’s also a 5 megapixel camera, HSDPA and WiFi connectivity, and up to 34GB of expandable memory.

It’s also one of the first handsets to tout Nokia's Symbian Belle operating system, equipping the phone with a refreshed user interface, an Android-style  drop-down notifications bar, an active lockscreen and NFC support.

The 700 will also benefit from some Microsoft apps coming soon such as Microsoft Lync 2010 Mobile, Microsoft OneNote, Microsoft PowerPoint Broadcast and Microsoft Document Connection. Not as good or extensive as those on the Lumia 710 but still very good for business users.