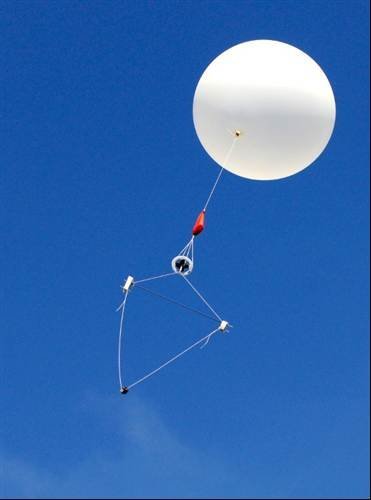 The balloon ascends to the stratosphere then bursts, allowing the payload to descend using a parachute. For this experiment, as the balloon ascends, the payload - an HTC Windows Phone 7 smartphone - sends data via a portal into the Microsoft Azure cloud, which updates telemetry. This data is used by the researchers on the ground to update their estimate of where the payload will land.

Southampton University has successfully recovered instrumentation launched into the stratosphere using a high altitude balloon. An HTC smartphone running a Windows Phone 7 app was used to monitor and update tracking information for the balloon via the Microsoft Azure cloud as it ascended to over 60,000 feet. The experiment paves the way to using relatively low cost helium balloons as launch vehicles for instruments that are able to take measurements and samples from the upper atmosphere.
View All Photo Stories
SearchCIO
SearchSecurity
SearchNetworking
SearchDataCenter
SearchDataManagement
Close