UK IT departments are planning to spend more on IT in 2013, despite the downturn, a worldwide survey of 3,282 IT managers has revealed.

Some 76% of UK IT professionals expect their IT budgets to increase or remain the same in 2013, up from 57% last year, according to the findings of the Computer Weekly/TechTarget IT priorities survey 2013.

Over 30% of UK IT professionals said their IT budgets would increase by over 5% this year, with a further 13% expecting smaller increases.

“We are bouncing along the bottom of the recession,” said Roy Illsley, principal analyst at Ovum, commenting on the research. “But there are signs that IT spending is increasing in lots of different areas.”

IT departments are still feeling the effects of recession, however, with some 37% reporting a slow recovery. An encouraging 16%, however, said their organisations were back to normal, up from 9% in 2012.

The focus for 33% of IT professionals in 2013 will be on expanding their IT to support the growth of the business.

Nearly a quarter of the respondents plan to spend selectively on IT in a few key areas, while 14% aim to maintain service levels, despite having a flat budget, in line with the findings from 2012. 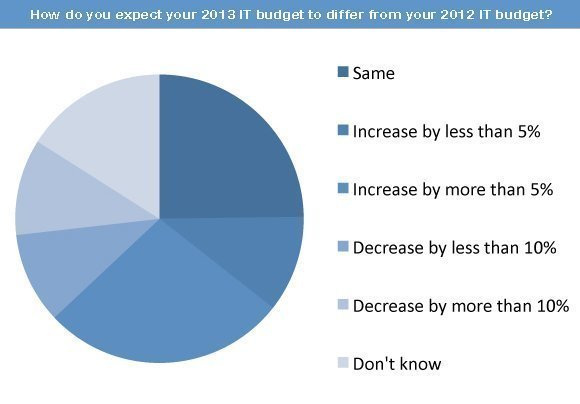 Data protection tops the list of the most popular IT initiatives in 2013 among UK companies.

Organisations are becoming more selective about how they categorise and store data, said Ovum's Illsley, as they attempt to rein in storage costs.

Server virtualisation is second on the list of most popular IT initiatives for 2013, with nearly half of the respondent planning projects in 2013.

The trend reflects a combination of IT departments looking to reduce the costs of their existing infrastructure and prepare for private cloud services, said Illsley. 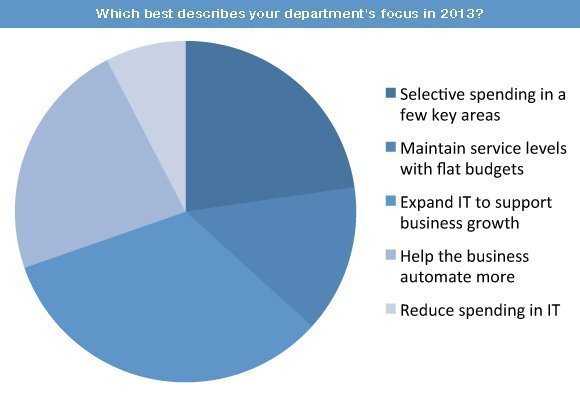 Smartphones, tablets and mobile device management feature prominently in the top 20 list of initiatives in 2013, reflecting the growing interest in bring your own device (BYOD) schemes.

Windows 7 has fallen from high up the list of projects in 2012 to 12th place this year, suggesting that most organisations have now completed their Windows work.

“Not many organisations I have spoken to have said Windows 8 is on their list of things to do straight away,” said Illsley. 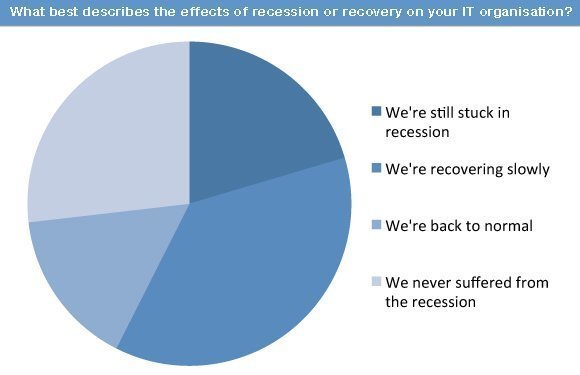 Although cloud computing does not feature in the top tier of programmes for 2013, the proportion of companies planning private clouds has grown from 16% last year to 27% in 2013.

Interest in big data is also growing, with around 18% of UK organisations planning projects in 2013, the survey revealed.

Taken overall, the proportion of IT professionals worldwide reporting increased IT spending has grown from 56% last year to 59% in 2013.

IT budgets are growing more strongly in Asia, which has escaped the effects of the recession, and North America, the Computer Weekly/Tech Target research found.

In Asia, 53% of IT professionals report that their budgets will increase by more than 5%, compared with 35% in North America and 31% in Europe.