The Conservative majority will boost the outsourcing industry, according to The National Outsourcing Association. 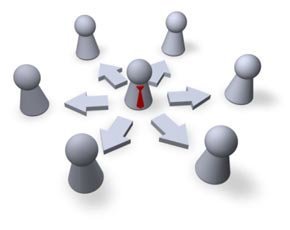 Kerry Hallard, CEO of the NOA believes that the industry was weary of a Labour government and last week’s result will have a positive impact on confidence.

“ISG’s first Outsourcing Index of this year saw sourcing in the UK slow, most likely due to uncertainty surrounding the election and lack of faith in a potential Labour government,” Hallard said.

“Service providers will now feel more secure – spending on public sector outsourcing almost doubled to £120bn under the coalition, and that’s a trend we expect to continue over the next five years.”

Hallard said that the NOA expected to see ‘a plethora’ of public and private outsourcing deals over the coming months, thanks to the stability offered by a majority government.

Speaking of the government’s manifesto pledge to allocate one-third of central Government procurement to SMEs, Hallard said that it was vital that the Tories kept their word. “David Cameron must keep that promise – the coalition ‘supposedly’ met its 25 per cent target last term, and raising it to 33 per cent would provide a great and much-needed boost for the UK’s smaller service providers,” she said.