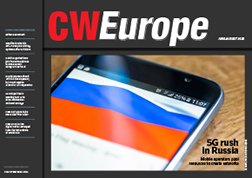 Swedbank is overhauling its anti-money laundering (AML) IT infrastructure in the wake of a highly critical report that identified deficient AML detection, control and customer validation systems as the key factors that contributed to the Swedish bank’s systematic failure to prevent money laundering-related transactions in its Baltic subsidiaries. The report, conducted for Swedbank by London-based law firm Clifford Chance, found that €36.7bn in transactions, all carrying a high risk for money laundering, were processed through the bank’s branch network in Estonia, Latvia and Lithuania between 2014 and 2019. The report calculated that an estimated €4.4bn in transactions may have violated financial sanctions imposed by the US against named Russian oligarchs suspected of laundering money through banks operating in the Baltic states. The report also said Swedbank actively targeted high-risk customers from Russia and former Soviet states. Swedish, Danish and US authorities continue to investigate the scale of money-laundering ...