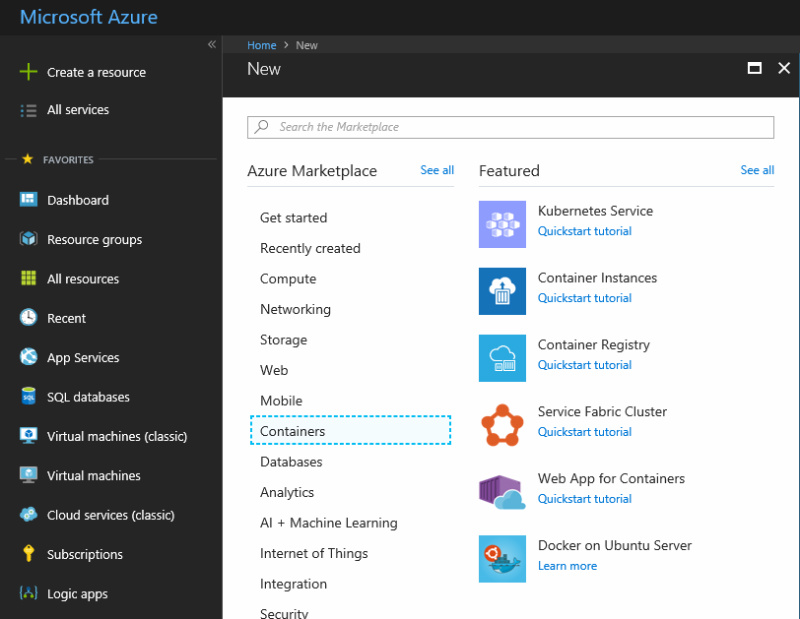 Microsoft’s Linux support is also a key part of its microservices and DevOps story. When the company talks about cloud-native applications, it means applications broken down into microservices and easily scaled. Microservices generally also implies containers (though there is also a serverless platform, called Azure Functions). Further, making maximum use of managed services such as Azure SQL or CosmosDB (Microsoft’s no-SQL database manager), rather than hosting your own database server, reduces the maintenance burden and lets you take advantage of their built-in scalability.

Microsoft’s container story is diverse though, perhaps to the point of confusion. You can run a container in many different ways, including the following:

One thing that helps to make sense of the diverse choices is the Azure Container Registry (ACR). This service, which uses an API compatible with the Docker Registry, lets you manage container images and deploy them to all the above services. This means you can setup a continuous integration or continuous deliver (CI/CD) process that pushes containers to ACR, and from ACR deploy to production.

Which Azure container service should you choose? The idea is that if you have a monolithic or small-scale application you can use App Service, but if you need full orchestration the decision is between AKS or Service Fabric.

It is worth noting that Microsoft itself uses Service Fabric for numerous Azure services including Azure SQL, CosmosDB, Dynamics, Power BI, InTune, Azure MySQL, Visual Studio Team Services, Azure Container Registry and more. This is in a sense the native Azure microservices platform.