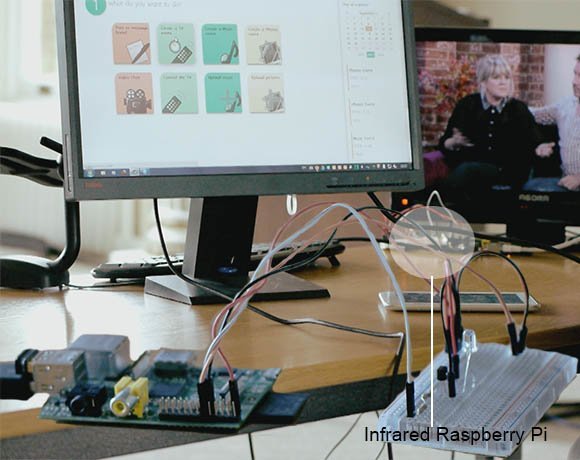 The team, which worked  for the IBM Extreme Blue 2013 internship programme,  developed a system for family members to look after people suffering from a range of conditions including Alzheimer's and dementia.

The system allows the relative to be  involved in the care the patient, who is provided with an Android tablet. The remote TV function uses a Raspberry Pi, which acts as an intelligent bridge, taking information from the Android app and relaying the TV remote commands to the television via an infrared module.