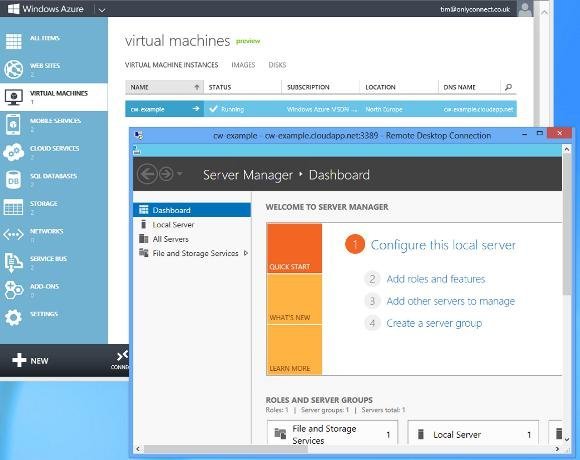 In summer 2012, Microsoft announced an extensive set of new features for Azure. This includes a new management portal as well as new services. Among many significant changes, perhaps the biggest is the introduction of a new type of Azure Virtual Machine. Unlike the old VM role (which has been in beta since 2010), an Azure Virtual Machine is consistent. You get a Windows Server in the cloud, on which you can install and run any Windows application. Just like a machine in your own datacentre, the responsibility for patches and updates is yours. VMs are still replicated three times for resilience.

There are several reasons for this change. One big one is application compatibility. Under the old model, any application that stored data locally had to be modified to work on Azure. Now existing applications will run unchanged on Azure. It is also a fundamental shift in the Azure platform, making it an IaaS platform for the first time.