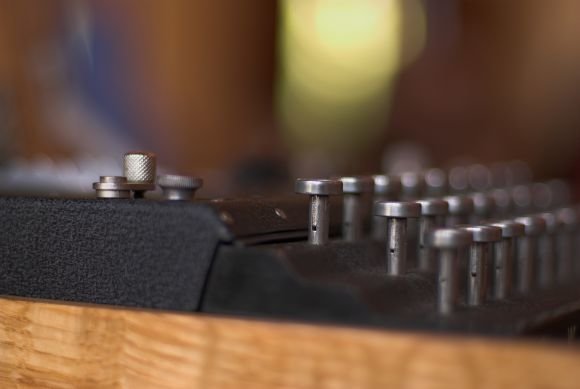 During World War 2, the German military command used a machine called the Enigma to encode messages. The machine used a series of rotating 'wheels' to scramble text messages into incoherent ciphertext. According to the Bletchley Park web site, the machine's variable elements could  be set in many billions of combinations, and each one will generate a completely different ciphertext message. "If you know how the machine has been set up, you can type the ciphertext back in and it will unscramble the message. If you don't know the Enigma setting, the message remains indecipherable."