The technology industry should “cast the net broader” to include tech talent from diverse groups if it hopes to fill skills gaps, according to minister of state for digital, Matt Hancock.

Speaking from his experience in launching the first digital apprenticeships in 2012, Hancock claimed that by looking beyond the typical routes into the industry you “find a completely different set of people applying” for roles.

“When you’ve got a skills shortage, the right answer to that is to cast the net broader to find people who can fill those jobs, and do more training to give people the capability to get those jobs,” said Hancock.

Diversity and the skills gap

The UK currently has a lack of skilled tech workers to fill empty roles, and across Europe the number of unfilled digital roles is estimated to reach 756,000 by 2020.

Hancock emphasised that though the technology industry in the UK is “growing faster than the rest of the economy put together”, there is more to filling tech skills gaps than just fuelling the economy.

“Supporting a diverse and inclusive workforce is not just good economics, but also the right thing to do,” he said.

Firms are increasingly implementing strategies to increase diversity in tech roles, but people will leave these roles if they feel the environment is not inclusive. Speakers throughout the day at Tech Inclusion London stressed that there is no use aiming to recruit a diverse workforce if there is no inclusion to encourage them to stay and contribute.

“Where diversity is about opening the door and making sure people from all backgrounds, from both genders, from all gender identities and from all parts of the country and all communities have the opportunity, inclusivity is about inviting people in and about actively going out and trying to break down barriers,” said Hancock. 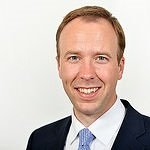 “Supporting a diverse and inclusive workforce is not just good economics, but also the right thing to do”

Several efforts to increase the number of people working in tech, as well as boost diversity in the tech workforce, exist, including initiatives from Google, Facebook and Accenture, to name a few.

Founder of Tech London Advocates encouraged those looking to implement a diversity initiative to research and take part in one that already exists to avoid “reinventing the wheel”.

“We have wonderful initiatives happening across London and around the UK that are trying to drive diversity and inclusivity in the tech agenda,” said Shaw. “Let’s resource them better and we will make a significant difference.”

Though there are reports of a skills gap, Shaw argued that there would not be as big a shortage of talented tech individuals if firms began to look beyond the more traditional groups they are used to searching for candidates in.

“Don’t just go to your tried and tested talent pools,” he said.

Amy Lynch, head of diversity and inclusion at ThoughtWorks, claimed firms should focus more on their internal culture to retain diverse candidates and push change throughout an organisation.

“You can find people from different backgrounds, but ultimately, if they don’t feel safe or have that sense of belonging, that’s where there are issues,” she said.

It has been proven that diverse work environments are more productive and profitable, but since the technology industry is still subject to traditional stereotypes, some people from diverse minority groups end up feeling unwelcome in a tech environment because these behaviours have failed to change.

Arfah Farooq, co-founder of Muslamic Makers, claimed although there are initiatives throughout the industry to try to build communities and increase diversity and inclusion in tech, people should be doing their part individually to raise awareness as well.

Using herself as an example, Farooq highlighted how many networking events in the technology industry involve alcohol. “Some people say the onus isn’t on you, but if you’re asking a person from a diverse background to enter a workplace, you kind of need to educate people,” she said.

Farooq claimed it can be helpful for minority groups to have their “own thing”, and used Muslim dating apps as an example of how one size does not fit all. “Muslims don’t date, we kinda get married, so Tinder doesn’t work for us,” she pointed out.

Farooq’s network of Muslims in tech, Muslamic Makers, is focused around providing a “safe space” for Muslims in the technology industry, by providing events without alcohol and with a prayer space. Others from outside this community are also welcomed to join the discussion.

But some participants highlighted what can go wrong with building initiatives focused around specific minority groups.

Andy Woodfield, partner at PwC, claimed there was a “danger of exclusion” with networks focused around specific groups, which may perpetuate the issue.

Many have argued that gender parity, and other forms of diversity, cannot be achieved without help from men in the workplace as they saturate the industry and make up most of management level, but minority group-specific networks can often end up excluding “the majority”.

Without including those in the majority, it can be hard to build an inclusive environment because it can be difficult to identify and overcome barriers for particular minority groups.

Using the black community as an example, Woodfield said there are many exclusions and barriers in place for black men and women in the workplace, but that people are “scared” to talk about them.

“If we’re not brave enough to talk about it, we will never learn what those barriers are and we’ll never be in a position to address it,” he said.

Many think focusing on women in technology will eventually open the door for others to join the industry as it will begin the process of change needed to make the workplace more inclusive.

Rebecca Skiles, managing director of Accenture Digital, said often people focus on gender diversity because it can be more “straightforward”, whereas focusing on other areas of diversity can cause “discomfort” in case the wrong thing is done or said.

She said we need to be able to face those uncomfortable questions and learn how to talk about it.

Read more about diversity and inclusion in tech

Read more on Diversity in IT