In the year ahead we will need to see more progress from SAP on indirect licensing, along with more communication about C/4 Hana, says SAP UK & Ireland User Group (UKISUG) chair Paul Cooper.

Indirect licensing – a term well recognised by SAP customers, which means use cases involving non-SAP software but where SAP could have a case to demand licence revenue connected with the use of its software in combination with that of others, Salesforce’s as an instance – remains a thorny issue for users. Nevertheless, SAP customers do find the supplier becoming more transparent, and are advancing their own progress to adopting SAP’s full enterprise resource planning (ERP) S/4 Hana suite, though mostly on-premise, not in the cloud.

Cooper briefed Computer Weekly at the UK and Ireland SAP User Group conference in November 2018. What follows is an edited version of that interview.

How much of an issue for your members is the end of life of ERP Central Component 6 (ECC6)? At Computer Weekly, we have noticed increased concern expressed in the market in respect of users moving off ECC6 and on to S/4 Hana, by the end of support cut-off in 2025.

Well, there is some time to go till 2025, and SAP has moved customers off older versions [of ERP systems] before. But this one is slightly different in that in reality SAP is pitching a different product. And there are different routes to doing the upgrade; some things aren’t there, and do you go with [the cloud-based] SuccessFactors for HR or payroll, for instance?

It seems SAP is using it [the end of life of ECC6] as a mechanism to try to get people to start thinking about [the transition to S/4 Hana] earlier by saying there might not be enough people around at the Accentures and Deloittes, and so you could avoid that rush at the end by moving earlier. But when products have come to the end of life in the past, you have been able to go to SAP and negotiate a price for the extended maintenance, and it’s not said that that won’t be available this time. There can be a big price tag on that, of course.

Luca Mucic, chief financial officer at SAP, said, in the most recent analyst call on SAP’s numbers, it is expecting “roughly half” of the installed ECC6  SAP customer base to be on S/4 by 2020.

I was in an international press session with Mark Hurd at Oracle Open World in October. He said SAP’s “end of lifing” of ECC6 was a very good opportunity for Oracle because a lot of CIOs will be will be looking at alternatives, with that looming. And that any shift to the cloud will make switching easier. Are you getting much of a sense of that among your members?

I don’t think it’s just Oracle. At least one organisation we know of has gone to Microsoft Dynamics very recently. Whenever you do come to a point like this, it does give you an opportunity to reflect. And that happens more frequently in large companies that do mergers and demergers.

But, with the cloud, if you are talking about your [enterprise] backbone – so not smaller cloud applications like Concur – a big switch is still not an easy thing to do. There’s the change management, retraining people, redesigning all the processes, and so on.

Also, for Oracle the difficulty with S/4 is it might see defections from its database, so people moving in the opposite direction.

Granted, but there are not that many people running S/4 in the cloud. My understanding, from a senior SAP executive, is that public cloud S/4 Hana contracts, globally, are in the very low triple-digit range, with implementations being fewer still, nudging 100. Which is arguably good from a standing start in early 2017, when that aspect of the S/4 business got going, but it is still low, around 1% of S/4 Hana customers [of 9,500] overall. And your own survey indicated growth in S/4 Hana adoption, but still modest growth, and with people thinking of making the shift over quite a long term.

Well, it’s not an insignificant project, and you may well have lots of other things happening in your business – the impact of Brexit for one. Unless you’ve got a big reason to do S/4 in terms of a transformation journey your business is on, or you’re being disrupted, you are going to go for low-hanging fruit, short-term projects.

Indirect licensing has been a big concern for the user group, and indeed for the SAP User Group Executive Network of user groups and for the German user group. SAP launched a new “modernised” model based on consumption, in 2018, which is said to cover indirect licensing in a rational way. How is that going down with your members?

We’ve seen a test, mocked up version of how it might work, but it is quite difficult. Let’s take a sales order as an example. You know you could be charged for the creation of a sales order, but if you then cancel that sales order you’re not supposed to get charged, and that should get reversed out of the tool, but it is not there yet.

So I can see why it’s taking time, but you would think if you were going to launch a new model you would have those things available pretty quickly after the launch so that people can understand what the implications are. 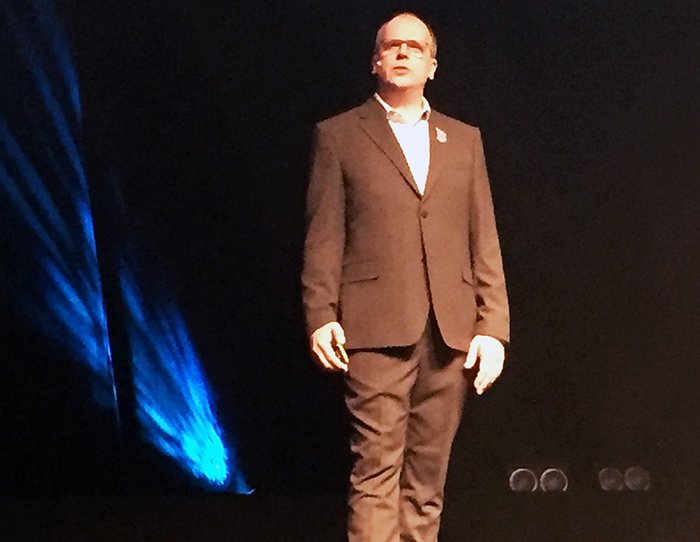 In 2017, you told me SAP users were reluctant to do new or innovative things because of the lack of transparency regarding indirect licensing. Uptake of Leonardo [the term used to cover SAP’s machine learning and blockchain offerings, especially in internet of things scenarios] seemed weak for this reason. Customers were scared they would get landed with an unexpected bill for licensing.

One of the things I talked about in the 2017 keynote was the need for SAP to improve education about the new products, but also to be able to have a conversation about licensing when it launched said new products.

Yes, I think there’s still probably a hangover for it here, with the indirect stuff that’s gone on, particularly in the UK with the Diageo case. I know from talking to one of our members that they’ve been through an indirect issue with SAP and they’re now under pressure from their board not to do any more SAP projects.

However, the new EMEA north president, Brian Duffy – who’s Irish, but has come over from the US – has told us if we have got members who are concerned, he will help make the issue go away. He is one of the people who worked on the Diageo situation after it blew up.

But, you know, if there are businesses that are able to make a living from advising customers about licensing, it is clearly not that straightforward.

The big strategic initiative from an SAP perspective has been the launch of C/4 Hana, the customer-focused sister suite to S/4 Hana. But that seems little known among your members.

We’d like to start to see the use cases to get a better understanding of what SAP have bolted below the banner of C/4 – there are a number of discrete products below that. That’s always been one of those challenges for users. In the past, when SAP solution speaks to SAP solution it’s not been easy and straightforward.

I wonder if there may be potential for indirect licensing to come up in the C/4 context?

It is one of those interesting areas because it is where you’ll touch out to more solutions than you would do from a classic ERP instance.

We need to know more. It’s one of those areas that we’ll look at when planning what events we put on in the next 12 or 18 months. SAP needs to be evangelising it [C/4] more than we’ve seen so far.