This article can also be found in the Premium Editorial Download: Computer Weekly: Technology innovation in music

The world-famous Abbey Road Studios, where many of The Beatles’ most popular songs were recorded, is looking to support music innovation through technology, and recently held its first hackathon event.

The participants – comprised of programmers, technologists, developers and music producers – were given a number of questions to guide their creations, including “How will artists create music in 2030?” and “Can you play or create music using emotions to trigger different sounds, samples, parameters or effects?”.

The teams were supported by Abbey Road engineers and judged by an industry panel made up of judges from Universal Music Group and Abbey Road Studios itself, as well as Microsoft and Miquido, the event’s official partners.

The participants had 24 hours to develop their ideas, and at the end the two best were awarded prizes from the partners. 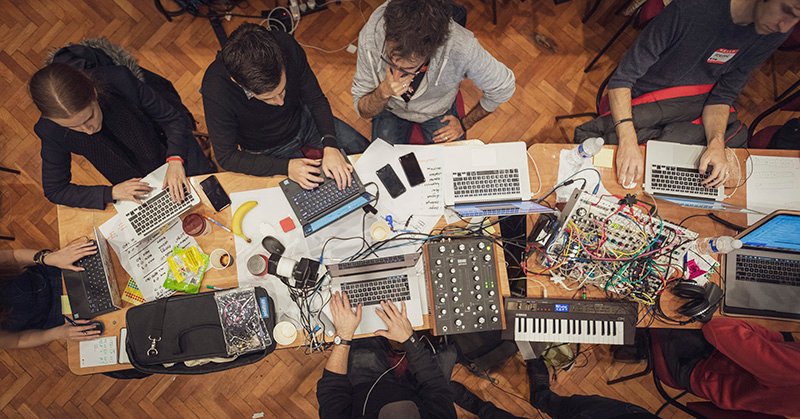 The Miquido prize went to HRMNI, a collaborative music instrument that allows users to join a jam session with their phones, while the Microsoft prize was won by Rapple, a virtual battle rap opponent.

“One of the main questions at the hackathon was, ‘Could you train AI [artificial intelligence] to play music and jam with you?’,” said Kilian Schulze-Forster, one of the team members who developed Rapple. “Google developed a jam bot that can play melodies and we found an app that transforms a short voice recording into a rap-style song.”

Inspired by these findings, the team of six – all PhD students – developed an AI-powered rap battle opponent that listens to the user’s lyrics and replies with its own punchlines.

“We focused on rap since it is easier to handle for speech recognition systems than singing voice. The product idea of a tool for inspiration and training in lyrics writing stemmed from the fact that we are all musicians and know how it feels to be stuck when writing songs,” said Schulze-Forster.

According to Karim Fanous, innovation manager at Abbey Road Red, the hackathon was designed to build bridges between ideas and future technologies in the music industry. “With the hackathon, we wanted to try to foster and explore innovation at a more nascent, playful level – to inspire some new developers and artists to inspire us and the wider music community,” he said.

An atmosphere of innovation and collaboration is also highlighted by Schulze-Forster: “We learned a lot from scientists, developers, designers and mentors around us, especially about project management and communication for such an intensive project. Everyone was approachable and happy to help.

“One team developed a drum computer, which is controlled by the user’s face. One can play a beat through moving mouth, eyes, eyebrows, et cetera. It is not only fun, but also an innovative idea as a user interface for disabled people who want to play music.”

He added that although all of the team is busy with PhDs, they are determined to keep working on Rapple together. “We want to develop it from the current prototype state into a working product,” he said.

“This includes making its punchlines more meaningful, as well as letting it rap with a nice, rhythmic flow. We could imagine making an app out of it in the long term and would like to stay in touch with Abbey Road in this respect.”

According to Fanous, the hackathon was also set up so that Abbey Road Red could “explore the ‘pre-incubation’ level and how we can help there”.

“For incubation, [usually] we like the startups to have an element of maturity. Ideally, our founders will be about to develop some sort of accessible technology or bring a product into the marketplace – that’s the point at which we can help the most. However, we have sometimes worked with founders who have just had an idea, when we’ve believed in their potential to make it a reality.”

Abbey Road Red runs a six-month incubation programme, and takes 2% of equity from the startups that participate.

“We want to support the music industry with the value we provide at the incubator. We take a very small amount of equity. We’re trying to help brilliant founders usher in the next set of universally adopted technologies to the industry,” said Fanous.

“It’s not about spread-betting, it’s about researching, learning, thinking about what is going to have an impact, and searching for the people who are going to make that impact.”