Optical media such as DVD is declining in use, while the volume of tape in use is set to continue to rise along with data volumes.

Those are the findings of Data Age 2025, a study by IDC, sponsored by disk drive maker Seagate.

Central to the study is the characterisation of the digital world into three spheres: the core, which comprises enterprise and public cloud storage; the edge, which comprises “enterprise-hardened” remote locations including branch offices; and endpoints that span consumer and internet of things (IoT) devices. 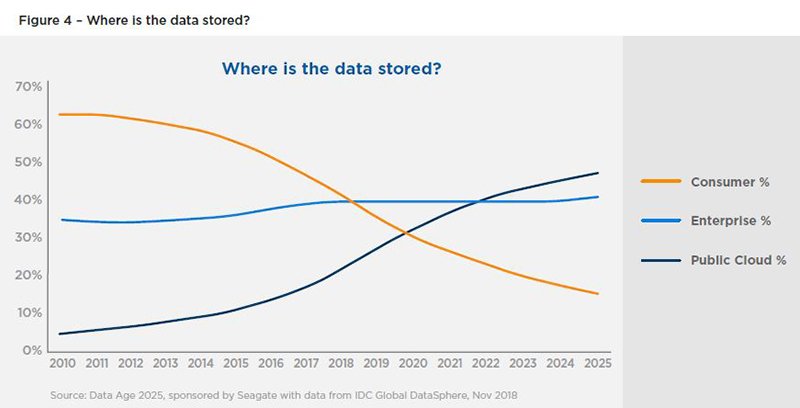 IDC visualises those volumes of data with reference to how many DVDs it would fit onto – a stack that would reach the moon needed to store 175ZB – or that it would take one person 1.8 billion years to download it at 25MBps.

A key sea change will be that from 2025 IDC expects 49% of data to be held in public cloud storage.

This is a result of the increasing reliance on enterprises and consumers to trust data to, and access data from, remote locations.

But key also to this change is the rise of the “sensorised” world in which cloud and datacentre locations are the repository of, for example, IoT-type devices at the periphery.

Consequently, the share of data held on consumer devices will decrease from 47% in 2017 to 36%, says the study. 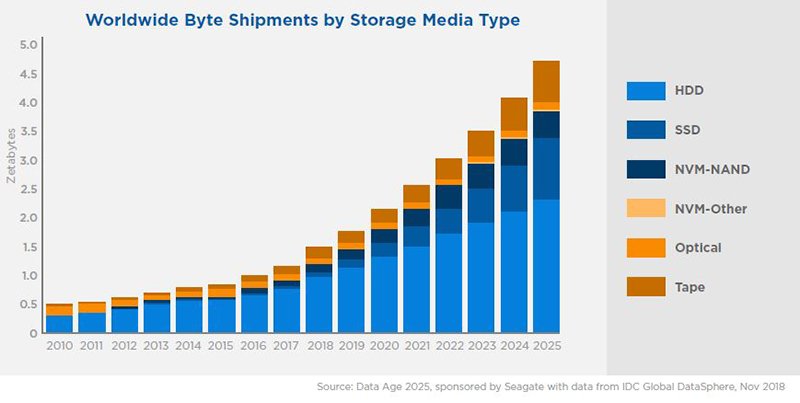 Having said that, the study also tracks and predicts “digital engagement” by connected persons, predicting that on average they will have 4,900 data engagements per day by 2025, up from 584 in 2015.

Optical media is set to see an absolute decline as consumers rely more on streaming media, while tape use looks set to decrease relatively slowly.