“It's always nice when the stock market affirms your work,” says Alan Trefler, CEO of Pegasystems.

Trefler, the chess and ping-pong playing founder of the $500m software company, was in a bullish mood when he spoke to Computer Weekly.

Pega’s stocks rose by 20% when the company reported strong growth in its licence revenue in November 2013, in a market that has seen others struggle.

The company benefited from major deals with three global telecoms companies, which will use Pegasystems software to automate their customer service and sales processes.

Other players, such as Oracle and IBM, by contrast, have experienced  only "languid" or, in some cases negative, growth in their BPM sales, claims Trefler.

And he has a point, say market watchers. “There are lies, damn lies and statistics, but in this case it's probably true," says Forrester analyst Derek Miers. “Pega is probably the only BPM vendor doing over $100m every quarter, apart from IBM.”

Pega is probably the only BPM vendor doing over $100m every quarter, apart from IBM

For Trefler, BPM is at something of a turning point. The market has consolidated in recent years, leaving just three or four companies – IBM, Oracle, Pega and Appian – capable of tackling Fortune 500-scale BPM projects.

“I think that is because customers tried BPM and ran into its boundaries. They found they could not get where they wanted to go. They found that things which looked simple to start with ended up requiring a lot of code to work,” he says.

Pega’s core software, PegaRULES Process Commander (PRPC), is at the top end of the market when it comes to BPM. But suggest to Trefler that it is a Rolls-Royce solution – with a Rolls-Royce price tag to match – and he bristles.

It is more a Mack Truck, he suggests, referring to the iconic heavy-duty, long-distance trucks seen on the highways of the US.

“Our strength has always been the confidence our clients have that they will not run out of runway. We have the proven ability to let them start fast, but they can also scale,” he says.

Pegasystems rarely makes acquisitions, but in October 2013 it made an exception, buying Antenna Software, a company that specialises in mobile application development.

Prior to that, its purchase of CRM specialist Chordiant Software in 2010 gave Pega a way in to new markets, such as telecommunications and healthcare, helping it grow beyond its traditional financial services base. 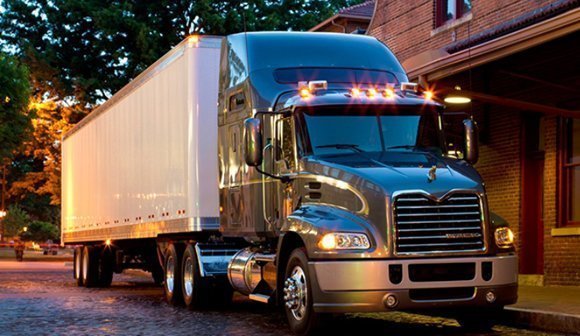 Tuning in to new technology and an expanding customer base

Antenna is another smart move for Trefler, who reportedly snapped it up for a knock-down price. The company has technology that Pega needs and a customer base that will help it expand.

Pega plans to integrate Antenna’s mobile technology into its own products, to offer more sophisticated mobile services, such as the ability for employees to work both offline and when connected to company systems online, says Trefler.

For example, insurance agents could use the technology to write policies during a flight, when they lack an internet connection, then re-integrate with the case management system once a connection is available.

A government agency involved in land management plans to use the technology to send people out in the field with tablets, in areas that may have patchy reception.

“They can take pictures of things, draw on the face of the tablet, mark up and record additional information, all of which is geo-tagged. When they come into range, they automatically reconnect,” he said.

The rules of acquisition

There is no prospect of Pegasystems buying another company any time soon, says Trefler.

“We are not a company that depends on acquisitions for growth,” he says. “There was none of this buy a company and a year later pretend that revenue went up, which you see a lot of in the software business.”

Having a coherent product architecture is important for Pega, he says. Each acquisition requires significant work to ensure its technology integrates with Pega’s existing technology, so it makes sense not to do too many.

Pegasystems' next focus will be on refining its existing PRPC software. More than a million hours of effort went into making the latest version easier to use and more powerful. And customers have given it some “spectacular feedback”, Trefler claims.

In recent months, Pega has been working to integrate PRPC into Salesforce.com’s cloud-based sales software. That has attracted interest from companies including General Electric, which plans to use the software to move from automated sales tracking to automated order execution.

Pega’s software architecture is now “pretty complete”, says Trefler, which means future development will focus on making the software easier to learn and implement, he says.

“I believe the future is in our hands with the components we have,” he says.

This strategy makes complete sense, says Forrester's Miers. Pega would reach a wider audience if its software could be made easier to deploy. “The opportunity for Pega is to open the aperture a bit, looking to small and medium-sized companies,” he says.

Any move to help overcome the current shortage of skilled professionals able to deploy Pega will also help the company expand.

“Pega itself is kind of constrained with the ease of use of its technology. Its market could be a lot bigger,” says MWD analyst Neil Ward Dutton. “You need a lot of expert resources to implement Pega, and they are expensive.”

With Pegasystems on a relative high, Trefler is planning to celebrate by playing chess against 20 opponents simultaneously at next year’s Pegaworld customer conference.

It is an exciting time in chess, with the world championships underway in India, says the chess master.

But he has no plans to try the same stunt with ping pong. "That would be an interesting event,” he says. 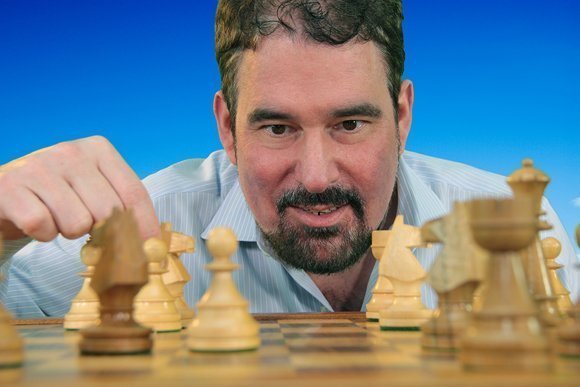