For the past 10 years SAP has been running the city of Cape Town, South Africa.

The enterprise resource planning (ERP) system, which was originally installed to transform the way the city is run, is still going strong despite political change.

It is considered one of the largest SAP implementations in local government. It encapsulates 420 business processes and handles 1.2 million consolidated invoices per month.

The city took the radical decision to spend almost £35m on software and an IT system at a time when many people lacked basic necessities such as running water and a roof over their heads, says current CIO Andre Stelzner (pictured).

The software has become fundamental to the city's success, however, helping to reduce debt, which has enabled Cape Town to achieve an A+ credit rating, according to Stelzner.

Cape Town has a population of 3.7 million. The council has 26,000 employees, and is responsible for delivering everything residents need, including healthcare, electricity, water sanitisation and transportation, as well as services normally associated with local government, such as housing, refuse collection and libraries.

Telcos generally target wealthier areas in the community to develop broadband services, leaving poorer communities lacking connectivity. Cape Town is tackling this by laying down a 300km public network. Over the next five years this network will be extended to cover the whole city.

The city's policy is to support private sector competition in the broadband market, so operators are able to offer broadband services on top of the city network. It is also starting to build a Wi-Fi mesh for poor communities.

Stelzner says the system can empower political strategy, although, in reality, he admits SAP's core value is that it provides a set of procedures that the council and its employees follow to run the city.

So from a political perspective, there is not much scope for radical change, since the way the city operates is encoded into the SAP system. Policy change can only occur if all stakeholders are involved.

Development started in 2000 and the SAP system went live in 2003. It was implemented by the services company Accenture, which was incentivised to make Cape Town's SAP system manageable.

"We [incentivised] Accenture to create local SAP managers," he says.

This has led to the emergence of a local SAP industry, and some of these SAP experts now run their own IT consultancies that work for large SAP users in the city.

Rather than implement SAP piecemeal, Cape Town is using SAP for its entire back office, including logistics, human resources (HR) and finance. "We were lucky – we did not try to retrofit SAP," he says. "We looked at how the best organisations in the world run business processes like HR and logistics," says Stelzner.

Cape Town is continuing to invest in SAP. It now provides employee self-service and citizen self-service.

"We are putting more CRM functionality on top of back-office systems," says Stelzner. The city is applying a bit of artistic licence to the implementation, by deploying SAP modules in areas that go outside of the product's original design objectives. For example, the SAP real estate module is used to manage graveyards.

The city is also looking at using SAP for land management, and for safety and security, which covers the police and fire services.

Stelzner says Cape Town is rethinking the ERP graphical user interface (GUI) for users. "In a city context everything is spatial, so we integrate SAP with our geographic information system," he says.

A large percentage of people are moving into cities, which puts pressure on the services the city provides. Cape Town also faces the additional challenge that its population is predominantly poor. 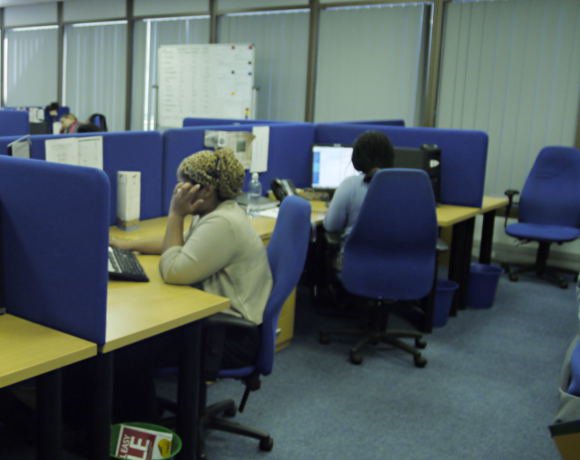 IT becomes integral to empower social change, he says, adding: "If social upliftment is important to politicians, how can you achieve this from an IT perspective?"

He says asking such questions moves the conversation away from the amount of money being spent on the computer system.

SAP presents a single record of the citizen. In the system there is one unique identity for that person, irrespective of their interactions with the council. "We create a multi-dimensional view of citizens so we can build services around them," he says.

This means the system can identify vulnerable people who cannot afford to pay bills, and provide discounts or free services rather than expend time and money on debt collection, which is not cost effective.

One of the early wins on the project was around improved accounting. "From day one, we had itemised billing with 98% accuracy, which meant people felt they could be caught out if they didn't pay," says Stelzner.

The system paid for itself in 36 months, and Cape Town is now in a strong financial position, he concludes.