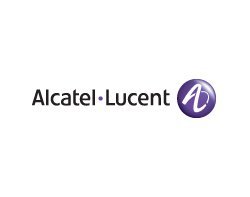 The Paris-based telecoms manufacturer, which was very much on the ropes a year ago, is in the midst of ‘The Shift Plan’; an aggressive restructuring programme aimed at reducing fixed costs by €1bn.

Total sales for the fourth-quarter were €3.7bn (£2.76), down 6% year-on-year but in line with analysts’ expectations. Alcatel-Lucent’s key markets, Europe and North America, both fell by 11% to €890m and €1.5bn respectively.

Operating profit for the quarter stood at €284m representing a 3% decline year-on-year; but the cost cutting scheme certainly seems to be bearing fruit as net profit was €271m, up from €134m the year before.

“Our fourth quarter and full year 2014 results underline the success of our turnaround,” said CEO Michel Combes. “Through the execution of The Shift Plan, we have improved our underlying profitability and free cash flow profile while we have solidified the entire organisation.”

Alcatel-Lucent’s share price has more than doubled since Combes came on-board in 2013.