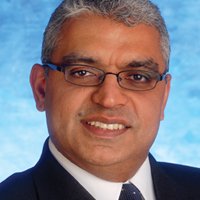 Managed comms integrator Azzurri has negotiated a new financing facility and announced the appointment of Vim Vithaldas as CEO, replacing Mark Quartermaine, who is heading for the exit after just over a year in the post.

Vithaldas said that Azzurri's recent run of CEOs and high levels of debt - now reduced following the completion of the balance sheet restructuring process - meant the firm's customers and employees were looking for a steady hand on the wheel.

"This is something I am hoping to provide going forward. The refinancing solidifes our funding position for the next two and a half years and gives the business real stability," he told MicroScope.

Vithaldas is himself returning to the channel after two years in the world of private equity, having previously spent 15 years at contact centre reseller and Avaya partner Datapoint, four of them as CEO.

"I've known Azzurri for many years and whenever I came up against them in a deal, winning was tough. They have a strong end-to-end client proposition and good people," he said. "The opportunity to join came as a pleasant surprise."

"My focus will be on the bottom line. Market conditions remain challenging but I see that as an opportunity for us, and Azzurri has been very successful over the last few years," he said.

Following a rationalising of vendor partners this time last year, Vithaldas said that Azzurri was now in a better position working with a line-up of 'best-of-breed' firms, and said he was not expecting to make radical changes to the firm's portfolio.