When the restructure of a business arrives nearly half way through an important enterprise resource planning (ERP) upgrade, it could be seen as a threat to the IT programme.

But for Hayward Tyler, a manufacturer of pumps for the gas, oil and nuclear industries, it was an opportunity to ensure business goals were at the heart of the project.

Head of IT Keith Herring says the restructure allowed a sweep of business processes and job functions, reducing overlap and waste.

“We could get efficiencies, but also reduce headcount – one of the reasons for the restructure. The ERP upgrade fits into that, making sure that we have the right people in the right places,” he says.

The ERP roll-out, an upgrade from Epicor Vantage to Epicor ERP, went live a year ago. Together with the business re-organisation, it has improved the on-time delivery of equipment from 20% before the implementation to 80% afterwards.

Hayward Tyler has been designing and manufacturing bespoke fluid systems used across the world since 1815. It has four sites and a turnover in excess of £30m.

The ERP project started nearly three years ago, when the company realised the software it worked with needed to be upgraded from a technology point of view. The old system, introduced in 2000, could produce a static view of the business, but it was unable to provide new data dashboards or cope with changing business processes.

For more on manufacturing ERP

“We had silos of data in product areas, rather than having a view of business activity across the board. From there, we were also having some problems getting our products out of the factory,” says Herring.

“We were looking to change, but then there was a business reorganisation, which extended the project slightly. After the restructure took place, it started to give momentum to the IT project. We had always wanted it to be a business project, not an IT project, so it was great timing.”

The new ERP system offers greater flexibility and functionality because it is based on Microsoft’s .Net web services and could be designed around business logic. It also made creating and pushing out business dashboards easier.

The focus on the business goals of the programme was reflected in the recruitment of the project team, starting with its manager, who came from the business side of the house.

“He had been working in materials control, but he had a passion for programming and understood the systems,” says Herring. “That is one of the reasons why the whole project was a success. Not only did he understand the systems that we had, he also understands the business that we’re in and why we were changing. He also knew all the other team members, so there was not the misunderstandings that can crop up with someone purely from an IT background.”

Seven other individuals were co-opted from business units to the project team, and dedicated around three hours a day to it.

Because of the restructure, the ERP project was also driven from the top of the business, helping push through data cleansing and process mapping in the new structure.

Hayward Tyler opted to remain with the Progress database to support Epicor ERP for the time being, but plans to move its UK factories in Luton and Scotland to an SQL database in the future. Facilities in the US and China have already moved to SQL.

The system supports a supplier portal which allows them to view their invoices, requests for quotes (RFQs), and submit their quotations.

The company invested in an HP Proliant server to run the new ERP system, as well as an upgrade to the PC estate. The new ERP client runs on the desktop, rather than through Windows terminal services, as it had with the earlier implementation.

The upgrade to Epicor ERP, together with the business re-organisation, has improved Hayward Tyler's on-time delivery of equipment from 20% to 80%

“We got significant worldwide growth in the oil and gas industry. On-time delivery is a lot better than it was, our customers are a lot happier than they were and that is reflected in the growth,” says Herring.

The upgrade has also changed the way data is used in the business. A standard view of performance is available to everyone who can log into the ERP system, also helping engineering and financial management.

“We are using it in stand-up meetings on the shop floor to offer accurate live information, rather than just word of mouth. That has helped some great team building. Everyone knows where we are and what is expected,” he says.

“A lot of people used to have all the information in their head and we were trying to manage the whole business with just local knowledge. The system was just there to produce some jobs and paperwork,” says Herring. “Now, the whole business revolves around the application, and people are saying that they could not do without it. That is testimony to what we have done.” 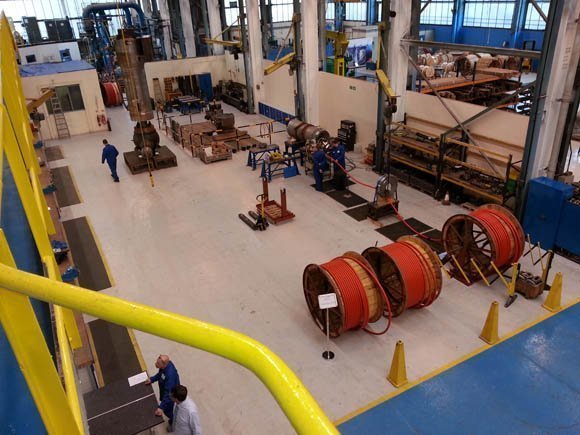