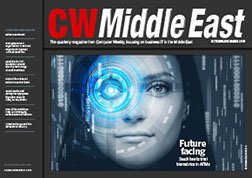 Bahrain’s sovereign wealth fund, Mumtalakat, has become the first government organisation to migrate cloud services to Amazon Web Services’ (AWS) new datacentres in the country. The IT team at Mumtalakat completed the migration to the AWS datacentres just weeks after the supplier announced their availability. Through the deal with AWS, Mumtalakat will keep its systems closer to home. It wants to reduce its use of international datacentres and improve the speed and resilience of its IT services. The entire migration process was handled by the organisation’s internal IT team, said Mohamed Sater, Mumtalakat’s head of IT. “This is the main advantage of having a capable and trained team to handle the migration activity, speeding up the migration and ensuring high-quality service,” he said. “Our software is now running in Bahrain, with a lower latency and faster speed. This was done with minimal downtime for our users.” Mumtalakat has more than halved its technology operational costs by reducing its data backup, storage and security ...