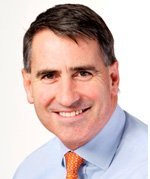 Darryl West took over as HSBC CIO this year, leaving his previous role as CIO of Barclays, a position he held since November 2013. Prior to that he was CIO of Lloyds Banking Group. He has also worked for JP Morgan Chase, National Australia Bank, and Accenture.