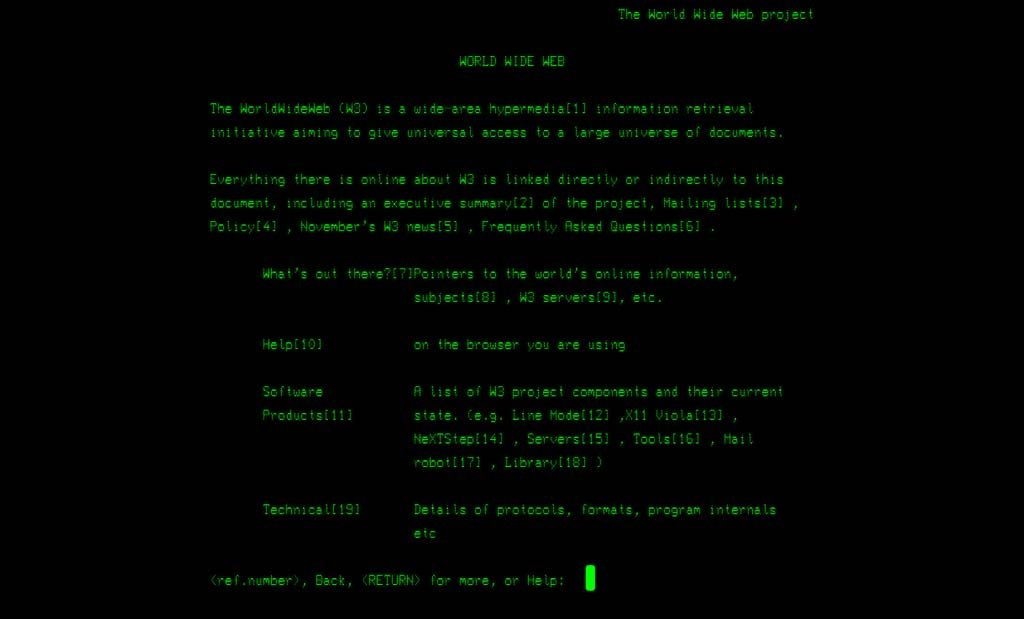 In his original proposal paper for the WWW, Sir Tim Berners-Lee stated: "When two years is a typical length of stay [at Cern], information is constantly being lost. The introduction of the new people demands a fair amount of their time and that of others before they have any idea of what goes on. The technical details of past projects are sometimes lost forever, or only recovered after a detective investigation in an emergency. Often, the information has been recorded, it just cannot be found."

So the web was invented as a way for the people at Cern to capture knowledge and ensure information did not get lost. As this image shows, the first browser was actually run on a green-screen terminal - and it was text-based.

While it was developed at Cern, in April 1993,  it was made available, for free in the public domain. Rolf Heuer, Cern’s Director-General stated: “There is no sector of society that has not been transformed by the invention, in a physics laboratory, of the web. From research to business and education, the web has been reshaping the way we communicate, work, innovate and live. The web is a powerful example of the way that basic research benefits humankind.”

Cern then made the next release available with an open licence, to help the web spread.. At the time, Cern said, “Through these actions, making the software required to run a web server freely available, along with a basic browser and a library of code, the web was allowed to flourish.”

This eventually led to Eric Bina and Marc Andreessen releasing the first popular web browser, NCSA Mosaic in 1993. This GUI-based browser made it easy for users to navigate between sites, leading to the web becoming a global phenomenon. The open nature of the web has led to hacking and privacy concerns, resulting in new data regulations to protect the privacy of web users.

Read about data protection on the WWW >>