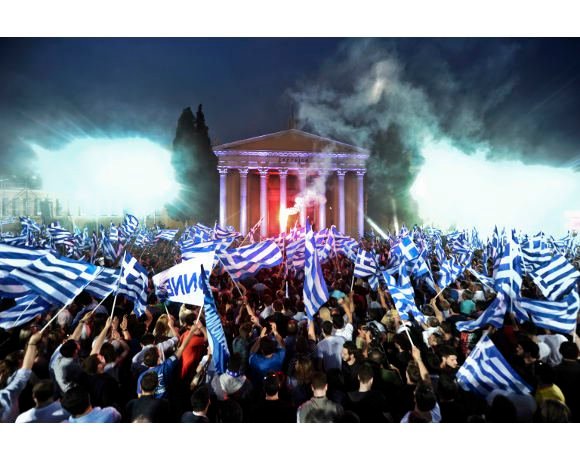 Data transparency, amplified by Twitter and Facebook, has led to mass movements on a scale never seen before.

From the Greek protests to the Arab Spring, a global citizenry is tapping into social media to create an unstoppable cascade of change in politics and government. In this photo, supporters of Antonis Samaras, the leader of Greece’s conservative New Democracy party, wave flags during a pre-election speech in Athens on May 3, 2012.