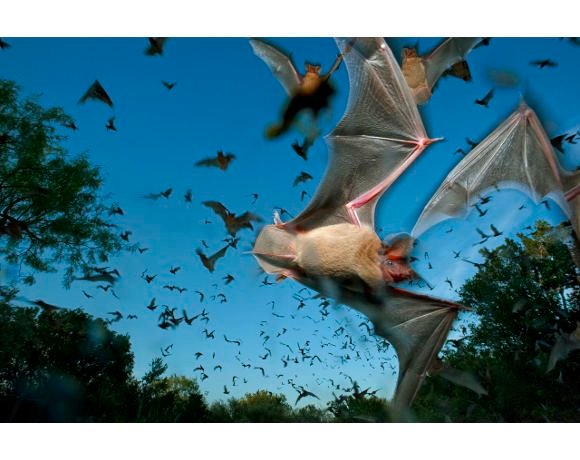 Meteorologists working with today’s far more advanced Doppler radar found themselves constantly filtering out “bioclutter” from their weather data, as in the image above of a suspected bird migration around Buffalo, New York. Biologists Winifred Frick, of the University of California, Santa Cruz, and Tom Kunz, of Boston University, are among those who saw the value of what meteorologists had been overlooking for years.

Locked up in the archives of the country’s 156 Nexrad Doppler radar stations is an invaluable record of an aerial ecosystem: snapshots of bats, birds, and insects in the sky for decades. “There’s a whole richness of life that’s going on that is not visible, unless you are a biologist with night-vision glasses—or if you are using radars,” Ken Howard, a radar scientist at the U.S. National Severe Storms Laboratory, told PopSci.com.