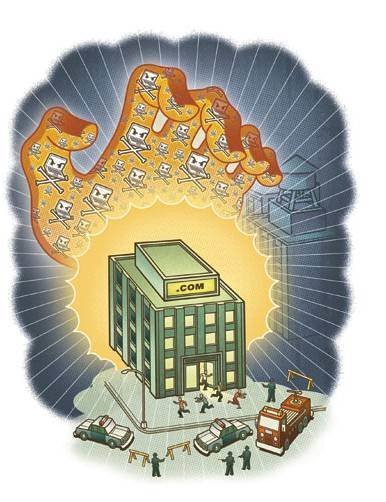 You could be a victim of a distributed denial-of-service (DDoS) attack at any time, hence it is important to be aware of common DDoS attack tools and their salient features. A single-point attack aimed at disrupting the services provided by an entity is termed as denial of service (DoS), whereas a multipoint attack with the same intentions is known as distributed denial of service (DDoS). In 2011, attackers exploited a vulnerability in Google servers to attack DDoS targets around the world by flooding them with requests. The most recent attack that affected millions of websites across the world was the DDoS attack on GoDaddy Inc. Statistically, there has been an exponential increase in the volume of DDoS attacks over the last three years. DDoS attacks are mainly targeted at an infrastructure level, with the average attack resulting in 20+ hours of service disruption! In this photo-story, we present to you the most common DDoS attack tools and briefly describe their capabilities and features.