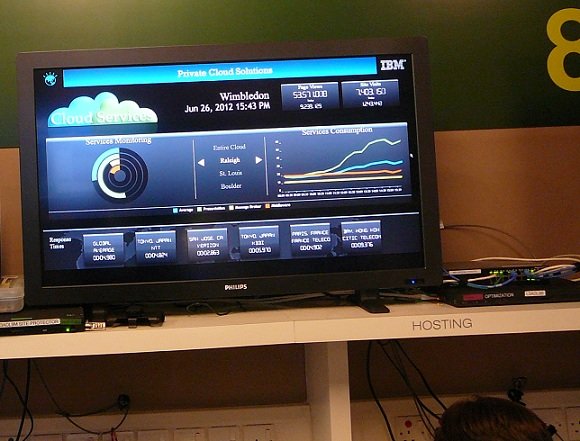 Last year, the Wimbledon website received over 450 million page views from more than 15 million unique users - this year, it is expect to be used by over 16 million people. The site only operates for the duration of the championships, but during that time is one of the most popular websites in the world. Such a short-term, high-peak workload is ideally suited to a private cloud infrastructure. IBM's cloud runs from three datacentres in the US cities of Boulder, St Louis and Raleigh, and this photo shows the single screen from which the operations team monitors the performance of the cloud from Wimbledon. The system tracks key services such as messaging and middleware, with a real-time count of website activity.