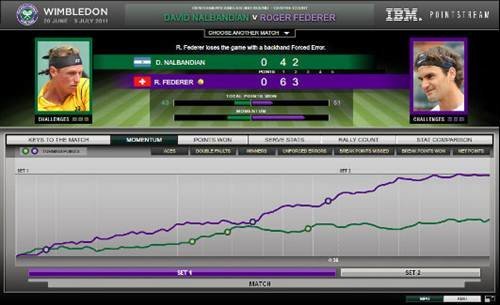 Prior to the match, this knowledge is applied against an opponent's patterns and style of play to determine the "keys" to the match for each player. The PointStream dashboard displays progress against the keys as the match unfolds

Computer Weekly took a look behind the scenes at the technology powering Britain's biggest sporting event of the summer and the role IBM has played in serving up tennis at Wimbledon.