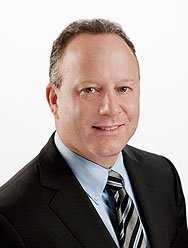 From the customer perspective, the cloud may be more suited to their datacentres or infrastructure as a service (IaaS) or platform as a service (PaaS), but not necessarily their enterprise resource planning (ERP) applications or SaaS systems of engagement that extend the reach of business processes and functions to employees, customers and partners. That is a very big ask, and an enormous unplanned cost that is not budgeted and won’t be any time soon.

These “forced” strategies are leading customers to realise that their relationship is in serious trouble. However, with the right actions it is possible to regain a healthy balance in your supplier relationship.

How did things get so bad?

Back in the early days, customers had been content in their long-term relationships with the likes of Oracle and SAP, because every year they saw marked improvement in software capabilities and value in upgrades and maintenance.

Fast-forward 30 years. Today, SAP ECC6 – SAP’s flagship product – as an example, is an incredibly robust set of business applications containing more than 400 million lines of code, with many customers adding millions more in custom code to meet their business and specific industry needs. It appears, however, that innovation into this core product has slowed to a snail’s pace, and many customers are finding it harder to justify the high and rising costs of upgrades and maintenance and, more recently, the push towards its cloud product S/4 Hana.

The problems started when revolutionary business models arrived on the scene, such as Salesforce.com, Workday, and Amazon Web Services (AWS). AWS and cloud providers like Salesforce disrupted their lucrative revenue streams, ultimately forcing Oracle and SAP to come up with their own cloud strategies.

The following wise words have been attributed to Mahatma Gandhi, but no matter the source, the message rings true: “First they ignore you. Then they laugh at you. Then they attack you. Then you win.”

He could have been talking about the way suppliers treat their customers when they say they are not happy with their maintenance costs and the forced march to the cloud. Gandhi’s quote succinctly maps to the supplier behaviour I have seen over the years.

First they ignore you

In my experience, most mega-suppliers are rather blasé about customers expressing their frustrations, because they believe there is no credible alternative.

They think nothing of forcing their customers to pay full maintenance, despite what many customers perceive to be declining innovation in the supplier’s core product while redirecting its focus and investments in moving to the cloud. Which, by the way, customers would most likely have to repurchase again, not to mention rip and replace what they have today to migrate to their cloud platform.

Then they laugh at you

In the mid to late 2000s, Salesforce began to eat away at application revenue; nothing too serious, but it prompted a response from suppliers.

The suppliers would listen, knowing that once the customer had calmed down and accepted there was no real alternative, the supplier would be able to construct a new contract. It would appear reasonable to all parties, but not really change the status quo as they chuckled internally about locking clients into another three-year deal.

It appears history is repeating itself with the new – and potentially forced – march to the cloud, and the opportunity to further lock customers in.

Then they attack you

With companies such as Salesforce and AWS becoming more established, the suppliers have no choice but to listen when a customer expresses frustration. However, rather than laughing it off, now things have turned ugly. Industry experts estimate that supplier audits have gone up by 6% in the past year alone. The confusion around SAP’s approach to indirect access is symbolic of this threat.

In addition, as SAP focuses obsessively on its S/4 Hana strategy, it is becoming increasingly isolationist, often suggesting the only way forward is going all-in on its cloud platform. And if its marketing is not convincing enough, it is using pricing levers to convince customers.

What makes all this even worse is that the few SAP customers that are choosing the SAP S/4 Hana platform are not necessarily implementing the cloud version. They are implementing the “on-premise” version. What’s the point of going to the cloud if you’re not really going to a true multi-tenant cloud platform such as Salesforce or Workday?

On top of that, the cost of moving to S/4 Hana is a key consideration for most SAP customers, as they just don’t see a clear business case or return on investment to justify the move now.

Based on recent research by Rimini Street, aggregating industry estimates, it will cost roughly $186m to rip and replace ECC6 for S/4 Hana for a customer with a $2m annual maintenance bill today. Where is the business case?

To achieve a healthy relationship, it is necessary to let customers win. This requires an acceptance that ERP customers may not migrate immediately, that they may only migrate some of their applications in the short term, and that they may even want to keep some of their systems on existing platforms.

Rather than pushing a timetable that appears, in the short term, more suited to the supplier, consider the potential long-term benefits of allowing customers to pause to evaluate the best strategy.

Ultimately, the suppliers will have to decide what is more important – short-term profit potential or maintaining long-term customer goodwill – but if they do not change their mindset about encouraging migration to the cloud, I predict more turbulent times in the relationship ahead.