Gatwick Airport is using augmented reality (AR) technology to help passengers to find their way around its North and South terminals.

The airport has installed 2,000 battery-powered beacons throughout its two terminals. They are compatible with several mobile apps.

The beacons enable a “blue dot” service on indoor maps, which means that by using the camera on a mobile device to show directions, passengers can use an “augmented reality wayfinding tool” to find departure gates, the right check-in area and baggage belts.

The system is being integrated into the airport’s existing apps and Gatwick is in discussion with airlines to add the tool to their apps as well.

The airport’s head of IT commercial and innovation, Abhilash Chacko, said that by providing the infrastructure, it has opened the door “for a wide range of tech-savvy airport providers, including our airlines and retailers, to launch new real-time services that can help passengers find their way around the airport, avoid missing flights or receive timely offers that might save them money”.

“We are proud to be the first airport to deploy augmented reality technology and we hope that our adoption of this facility influences other airports and transport providers so that it eventually becomes the norm,” said Chacko.

The deployment of the beacons took three weeks, followed by two months of testing and calibration.

The augmented reality tool is part of the airport’s £2.5bn transformation programme. In November 2015, Gatwick launched a community app, which gives airport staff easier access to information about airport matters, such as flights, passenger density, local weather and transport status. 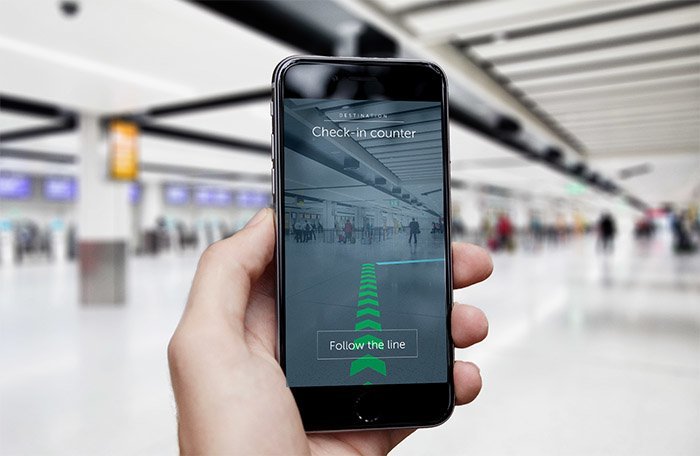 It has also deployed a queue measurement system, which uses sensors with cameras mounted in the ceiling to measure the height and shape of the objects below and can detect people with almost 100% accuracy.

“The check-in queue measurement system brings tremendous transparency between the airlines and the ground handlers,” Chacko told Computer Weekly in a previous interview.

Read more on IT for transport and travel industry