Meeting Rob Threadgold, global head of IT infrastructure and operations at ICBC Standard Bank, is an easy process. Rather than having to jump through a series of security loopholes and signing-in processes, visitors simply tell reception staff their name at the firm’s state-of-the-art offices at the heart of the City in London.

“We pride ourselves on that,” says Threadgold, who, as well as running IT and operations, takes charge of building services for the bank. “We want to get our clients through the building and into our space as quickly as possible. We want people to feel comfortable.”

Threadgold met to talk about career trajectories and business strategies over a cup of coffee. “I’ve been here for more than 12 years, but I’ve had a new role every couple of years,” he says. “It’s been a great experience and I’m still learning.”

Taking an alternative route to the top of IT operations

Threadgold did not go to university. After completing his A-levels, he was keen to get out and work. He joined Standard Bank, which was purchased by Industrial and Commercial Bank of China (ICBC) earlier this year, in an entry-level role and started his career on the helpdesk.

“I quickly realised I liked the buzz of banking and loved being involved with the trading floor,” he says. “I made a decision to get involved in that area and learn the business.”

After a long period in market data, where he helped establish key feeds from firms such as Reuters and Bloomberg, Threadgold moved into the engineering side of business IT, where he spent time working on Microsoft systems, including Exchange and Active Directory. It was there he first moved into management and was responsible for a team of workers.

“I loved being in control of a team and I would say that my key skill – above all else – is working with people,” he says. “I like providing leadership and direction.” 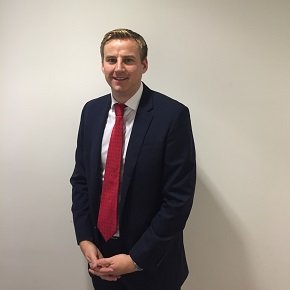 After moving into management, Threadgold’s senior career developed quickly. The bank was growing its international business and acquired a series of firms in emerging markets. As part of that process, he spent time working in Istanbul and Argentina, where he helped integrate systems and create a platform for growth.

On his return to the UK, Threadgold ran the technology arm for the firm’s build and location services. Across a two-year period, the firm moved its headquarters from near Canon Street Station in London to new purpose-built offices at 20 Gresham Street in the City.

Threadgold initially managed the technology part of the process, covering areas like desktop and print, but quickly took on responsibility for building management services too, including fixtures and fittings. After the office move was complete, Threadgold moved into operations and is now in charge of infrastructure globally for ICBC Standard Bank.

He is also responsible for production and runs IT outside the firm’s London head office. As an aside, Threadgold is also in charge of global estate services, which encompasses properties and utilities. He reports to the global CIO, Julia Strain.

“I’ve got a very broad role. It stems from the way the business has grown. I love the role. If I left tomorrow, the business might think about the position differently and might split out infrastructure and real estate. But for me, it’s a fantastic opportunity,” says Threadgold

Making sure IT helps the business develop and grow

With almost 15 years’ experience at the organisation, Threadgold has a strong appreciation of how the business operates. His experience has allowed him to branch into areas beyond the confines of a traditional IT leadership role. More often than not, Threadgold says he approaches new challenges with a view as to how technology can create an improvement.

“I’m a big believer in the fact that IT infrastructure can enable business change. All the hyped areas, such as social, digital, cloud and cyber security, fall beneath my compass. Working across those areas gives me a platform for senior management engagement,” he says.

“I spend lots of time talking with the board about how technology can help the business to grow. Everything I do from a technology perspective is with a business mindset. My whole department knows their priority isn’t the servers they’re working on or the code they’re developing – it’s the impact we have on business transactions.”

Threadgold says, wherever possible, he and his team look for commonalities that can help produce economies of scale. Although he believes his combined operations and facilities role is unusual, he thinks it can produce big benefits. Just like clients who enter the building are seamlessly greeted and sent to the right location, so too do new starters at the firm have access to the right tools and services on their first day.

“People in the business don’t really care about back-end technology, and neither should they,” he says. “All they want is to be able to come in and for their systems to work – and for many of our employees, the technology they use on their desk is the absolute core of their daily routine. Our back-end IT work is great, but the user experience is solely related to what workers see in front of them every day.”

“Regulation drives a lot of the activity for banks today. That relates to enabling the business to make money, but it is also related to helping the firm stay current and in line with the rules. The post-credit crunch changes are taking up a lot of our time right now. Every bank is trying to prove it is in control; that it has the right environment in place and that people aren’t taking excessive risks,” says Threadgold.

“We have to find the balance between being too risk-averse and being able to continually improve business performance. Ultimately, the IT management team has to prioritise what changes will make the biggest difference and how the organisation stays current. In many cases, the precedent will be ensuring the platform is fit-for-purpose and that the technology operation is cost-efficient.”

Establishing the right priorities for the next 12 months

Threadgold, however, has one eye on the future, and he expects a number of initiatives to come to the fore through the remainder of 2015 and beyond. “Our biggest project right now is getting a hold on our data,” he says. “We’re starting to mature in our understanding of structured data, but – like many other finance firms – our approach to unstructured data is immature.”

Threadgold is keen to help the organisation use data to develop cross-selling services. Regulation remains a key focus, too. Taking an even tighter grip on information, particularly in its storage and retention, will help the firm show the regulator how knowledge is recorded and used, even in the use of unstructured social data.

“Organisations are moving away from email, but chat is used far more heavily,” he says. “The reality is that a lot of trading takes place on collaborative platforms. Information needs to be available in real time. People need to collaborate and know that an individual is at their desk and available. Technologies like chat and presence are becoming more and more prevalent.”

The aim, says Threadgold, is to prove to the regulator that the business has done everything in its powers to put the right culture and controls in place. “That means educating our people, and then making sure everything they do is recorded and archived properly,” he says.

A global approach to mobility

Mobility is another focus area. The firm is moving away from BlackBerry devices to a full “choose your own device” programme. “We want to give our people the potential to work remotely and improve productivity, while also making sure we meet all the regulatory requirements,” he says. “We’re looking at a couple of solutions and I am driving for a global approach.”

That strategy will aim to ensure most people across the business use the same technology, toolsets and control frameworks. Threadgold recognises creating such standardisation can be tricky, as organisations in each location will be subject to regional rules and regulations. He is keen to discover industry best practice and to stay within carefully set legal parameters.

Threadgold’s other priority area is business architecture. His team are analysing whether the right processes are in place across the whole spectrum of IT provision, be that with third-party outsourcers or with a technology centre of excellence already established with Standard Bank in South Africa.

“We just need to ensure we’re fit for purpose,” says Threadgold. “We want to make sure the right controls for vendors are in place in relation to areas like auditing and cyber security, and to make sure we have the right balance between insourcing and outsourcing.”

Threadgold expects the business to grow exponentially during the next 18 months. “For an IT guy, that can be scary as you don’t normally hold that much spare capacity,” he says. “Success for me will mean that our technology platform has been able to support an increase in trading volumes and can increase on-demand to meet new requirements, while ensuring a consistent and standardised control environment.”

Read more on IT for financial services