Mark Hurd, the co-CEO of Oracle, has died at the age of 62. The company had announced a leave of absence for the executive while he underwent treatment for an unspecified illness only last month, at the same time as it disclosed its Q1 results for fiscal year 2019-20.

Chairman and founder of Oracle Larry Ellison took a few moments out of his keynote at Oracle's OpenWorld user conference on 18 September, to express his sadness that Hurd was unable to be at the event. To great applause, a visibly tearful Ellison had said: “I’d just like to take a moment to say how much I miss Mark Hurd personally. We’ve worked together for a long time, I love him and I wish him a speedy recovery".  Then he joked: "I don’t have so many friends that I can afford to lose them”.

Ellison has now written an email to Oracle employees, in which he said: “Oracle has lost a brilliant and beloved leader who personally touched the lives of so many of us during his decade at Oracle. All of us will miss Mark’s keen mind and rare ability to analyse, simplify, and solve problems quickly. Some of us will miss his friendship and mentorship. I will miss his kindness and sense of humour.

“Mark leaves his beloved wife Paula, two wonderful daughters who were the joy of his life, and his much larger extended family here at Oracle who came to love him. I know that many of us are inconsolable right now, but we are left with memories and a sense of gratitude…that we had the opportunity to get to know Mark, the opportunity to work with him…and become his friend”. 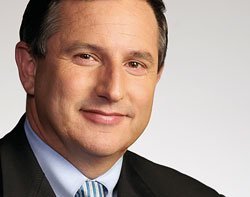 Computer Weekly commented on Ellison’s moving remarks shortly after last month's OpenWorld, and attended a small international press briefing with Hurd at the 2018 iteration of the conference. On that occasion, Hurd candidly offered his view that SAP ECC6 customers would defect, in some measure, to Oracle in preference to S/4 Hana.

In typically bullish and blunt, but also good-humoured fashion he then said: “We are seeing wins [from SAP]. Ten years ago, in the on-premise ERP market, you just didn’t move. Once you had SAP or Oracle, you stayed with it. Imagine a CIO going to a board and saying, ‘We’re going to spend $400m on S/4 Hana’. A board member will say, ‘What do we get for the $400m?’ And the CIO will say, ‘We get new plumbing’. The house is the same, but there is new plumbing. And then the board will say, ‘What happens if we don’t spend this $400m?’ And the CIO will say, ‘They’re going to end-of-life us’."

Hurd joined Oracle from HP in 2010, replacing Charles Phillips as co-president of Oracle alongside Safra Catz a month after the HP had board forced him to quit.

Hurd had resigned after an internal investigation alleged he had made inaccurate expense claims and concealed a relationship with an events contractor, Jodie Fisher.

Ellison came out in strong support of Hurd the month prior to appointing him to his position at Oracle, criticising the HP board's actions because it had found no truth in Foster's sexual harassment allegations.

"The HP board just made the worst personnel decision since the idiots on the Apple board fired Steve Jobs many years ago," he said in a letter to the New York Times.