Nokia is reportedly in 'advanced' talks to buy out Alcatel-Lucent, in a deal that could create a telecoms group worth over 40 billion euros. 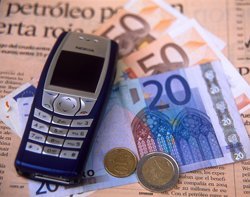 Speculation began mounting yesterday over Nokia potentially buying Alcatel’s wireless assets; however, in a joint statement issued today, the two companies confirmed that a full merger was on the cards.

“Nokia and Alcatel-Lucent confirm that they are in advanced discussions with respect to a potential full combination, which would take the form of a public exchange offer by Nokia for Alcatel-Lucent,” the joint statement said, adding: “There can be no certainty at this stage that these discussions will result in any agreement or transaction.”

Analysts are sceptical of the proposition as any such deal would first need to get the go ahead from the French government. The French Economy Ministry has been critical of such deals in the past, but has so far declined to comment on the Nokia-Alcatel talks.

Nokia sold off its struggling handset business to Microsoft last year and is now inviting bids on its mapping service. HERE remains a prominent force in the global mapping arena, licensing the technology to most major automakers, as well as Microsoft, Yahoo and Amazon.