VMware today announced its continued expansion of vCloud Air in Europe, with general availability of the service launching in Frankfurt, Germany. 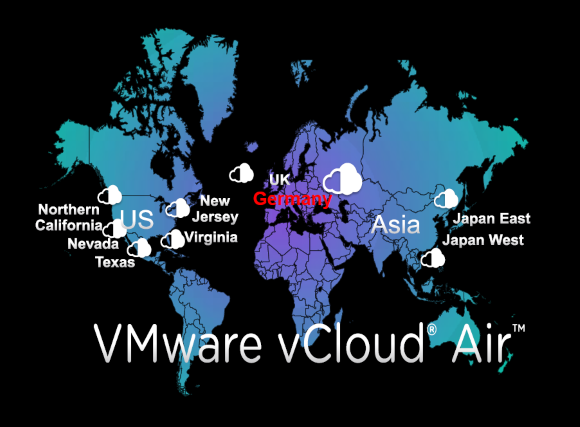 vCloud Air, which allows users to deploy VMs in the public cloud, claims to have twice the compute power of Azure and three times the storage performance of AWS. Complementing the existing UK infrastructure, VMware has also launched a new datacentre in Germany. Initially announced VMworld Barcelona, the new datacentre goes a long way to addressing EU compliance regulations as well as the general angst felt amongst companies when it comes to notion of shipping data stateside.

“The continued expansion of VMware vCloud Air in Central Europe marks another major milestone in the global build out of our hybrid cloud service, bringing benefits to our customers through fast and easy access to the public cloud while reducing operating costs and providing compliance with local data protection regulations,” said Pat Gelsinger, chief executive officer, VMware.

VMware hopes that the European channel will adopt the public cloud platform just as if it were any other service in its portfolio.