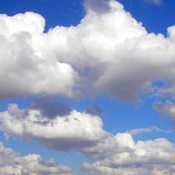 HP and Avnet have given partners a sneak peek at a server, software and services bundle called Cloud-in-a-Box, a new solution designed to ease the software development and testing process for end-users.

The bundle is to be released later in the year and is based on HP blade servers and server automation software, coupled with third party development and testing packages. It will be made available on a subscription basis, Avnet said.

The two partners claim the package could boost end user system administration productivity by up to six times, reduce defect-related outages by 31% and reduce problem management time by 41%, the whole adding up to dramatic improvements in time-to-market for private cloud deployment.

"Any channel partner that can help its clients solve problems of innovation is going to be more relevant," he explained.

HP UK software vice president Ian Brook added: "Any company implementing a cloud must stand up a test environment, with Avnet we've tested everything they would want to do and stuck it into a saleable package.

"This would be impossible without Avnet's capabilities in the market so for us, it was a no-brainer," he added.

"Cloud-in-a-Box enables resellers to get customers started on that private cloud journey," said Murphy, "and gives them an opportunity to sell into a different area."