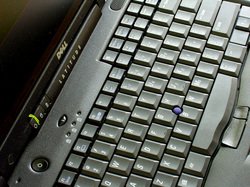 The PC market has still not exited the recession if Dell's latest set of results are a barometer of the fortunes of the hardware sector.

Not only did the numbers for the fourth quarter fail to impress Wall Street but the vendor warned that sales would be down by 7% for its first fiscal quarter.

Economic weakness, the ongoing fallout in the hard disk drive market because of last year's Thailand floods and discounting of previous model inventory all contributed to a 18% decrease in net income to $764m and just a 2% increase in revenues to $16bn.

Michael Dell, chairman and CEO, said that it was gaining customers because of its wide product portfolio and it would continue to try and make the brand more attractive to users.

"The expanding mix of revenue and earnings from enterprise solutions and services is critical to our future," said Brian Gladden, Dell's CFO.

"We called out the global hard drive situation as a challenge for the quarter, and while we were effective in shaping demand and pricing for hard drive cost increases, we were impacted by the available mix of drives. We prioritized high-end drives to relationship customers, resulting in a product mix that was less profitable than normal in Consumer and our after point-of-sale hard drive business," said Gladden in an analyst call.

"Second, we worked through the remaining inventory of our previous-generation phones, primarily impacting our Consumer business. And finally, our Public business growth was impacted by continued weakness in US public spending," he added.

The PC market in the UK and Western Europe has been in thew doldrums for a while with recent Gartner figures showing that four out of five top vendors in the UK saw negative growth in the last quarter of 2011.