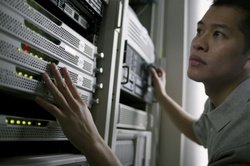 Sales of servers in EMEA underwent a slight downturn during the third quarter, according to the latest market figures from Gartner, but the 0.5% dip was easily absorbed by stronger worldwide growth of 5.2%.B

Western Europe was the worst performing region worldwide, analysts said, down 4.9%, while growth of 27.4% in Eastern Europe pushed the regional average back up.

"Vendors reliant on these segments will face increasing challenges as the combination of a weak economic environment and platform migrations will continue to exert pressure," said O'Connell.

"EMEA has [had] a relatively strong RISC/Itanium Unix base, however the performance of this segment is increasingly challenged by migration to other platforms. We forecast single-digit growth for both revenue and shipments next quarter," he explained.