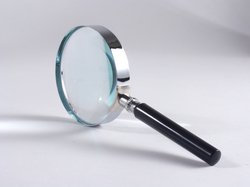 Hewlett-Packard has confirmed it is investigating several resellers for grey marketing and will take a grim view of anyone found guilty.

All vendors have the contractual right to strip an authorised reseller of its accreditation if it is found to have sourced kit from outside the European Economic Area (EEA) and potentially fine them.

"I can tell you that we have a number of ongoing investigations but I'm not going to disclose who those are with," said HP Enterprise Servers, Storage and Networking (ESSN) channel manager Kevin Matthews.

Resellers and distributors have contacted MicroScope in recent months about one particular Gold partner, that we cannot name, which has got a little too big to continue its high profile grey market dabbling.

Matthews insisted it took the issue very seriously, saying HP had historically been public with resellers that were found guilt of selling grey in the past and would do so again when appropriate.

"We have the right to terminate the contract and go after any loss of earnings," he said.

In September 2004 HP started litigation against Borehamwood-based Paradise Computers for selling grey kit but the reseller then went into administration.

A year later HP sued Manchester-based etailer Expansys for buying handhelds fromk outside the EEA, a case that the reseller settled out of court.

Vendors leave themselves open to criticism that their policies lack teeth when they refuse to name and shame guilty culprits. HP has a Brand Protection department that uses tools like serial number tracking of products.

"Grey importing damages vendors' official channels and the competitiveness of the partner landscape," he said.

The grey market has "deeply concerned" Stuart Fenton, EMEA and Asia Pacific president at Insight Enterprises for many years.

"I am delighted that HP is taking the initiative to deal with a problem that has been around for too long," he told MicroScope.