The University of Edinburgh is extending the reach of its data science knowledge to schoolchildren in its catchment area of south-east Scotland.

It is leading the way in a Scottish and UK government-backed initiative that also links to climate change. At the core of it is the use of internet of things (IoT) sensors to collect environmental data for analysis by primary and secondary school students to train the data scientists of tomorrow.

The £9.5m project, Data Education in Schools, is part of a £661m initiative called the Data-Driven Innovation Skills Gateway. This is part of a “city region deal” funding package, announced by the Scottish and UK governments in August 2018, which put in place a £1.35bn investment in Edinburgh and south-east Scotland over 15 years, covering transport, housing, culture, skills, employability and innovation.

The six local authorities of Edinburgh, Midlothian, East Lothian, West Lothian, Fife and the Scottish Borders are working with the University of Edinburgh and Heriot-Watt University to deliver the overall programme.

Simon Chapple, head of data technology at the University of Edinburgh, tells Computer Weekly: “The university is a lead principal agent in the city region deal, and where we fit in a little bit uniquely is with the programme I run for the IoT research innovation [activity at the university]”.

Chapple leads a small team that delivers the university’s IoT research and innovation service, which provides consultancy and development in research, learning, entrepreneurship and operations to the university and the region.

It has built a dedicated low-power wide area network (LPWAN) for central Edinburgh, connected with a real-time data visualisation and analytics platform and built on the Elastic Stack technology set that includes Elasticsearch, Kibana, Beats and Logstash.

The team is also developing a long-range wide-area network (LoRaWAN) IoT network to cover the 7,700km2 region of south-east Scotland, from Fife in the north to the Scottish Borders in the south. Within that, it is deploying sensors to carry out environmental and biodiversity monitoring.

It’s these sensors that school pupils from the university’s broad catchment area are getting their hands on.

Chapple relates how pupils from 550 schools are deploying sensors in their local environments. As an example, he cites a presentation given by a group of female Primary 6 pupils from Roslin Primary School, who also feature in an STV News package on the launch of the IoT programme. 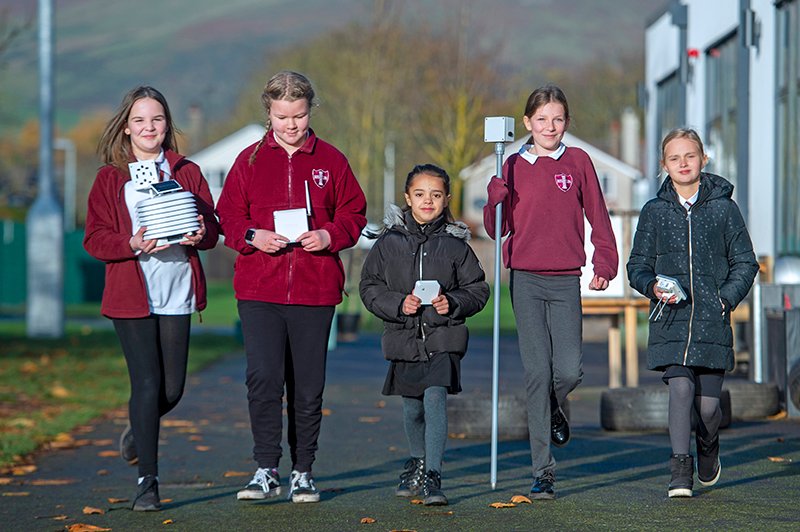 “They explained what they were doing in terms of indoor air quality monitoring, understanding how the CO2 level was building up in the class,” he says. “From that, they’d link back to things like how much they’re able to concentrate, and how it’s better that they’ve got fresh air compared to not. They can see the response in the sensors when they open the windows and doors, for example.

“When we went down to see them, we brought along a big box of sensors and they were straight into it, genuinely interested in picking up and handling the technology and trying to understand it. ‘What does this sensor do? What will that tell me?’ They like looking at the graphs so they can understand what’s happening,” says Chapple.

“What we’re about is creating data literacy at an early age because we want to inspire these people to embrace and understand data, and then they’ll take that forward and think about the different types of careers and further education they want to engage in.”

Chapple draws on his own experience in leading the programme. “When I was a kid, I knew nothing about computing. I grew up in a tiny village in Cornwall, and my family didn’t have access to that kind of thing. But I had a friend at school who had a ZX80, and when I saw the coding he did, moving some black and white shapes around on the screen, it was like magic. That’s how I got into computing.”

The university is well known for its heritage in artificial intelligence and informatics. “The community impact side of what we’re doing is a little bit unique in the context of the University of Edinburgh, which is, historically, a research-focused university,” he says. “Here, we have an opportunity to take our educational capability and introduce it at an early age to what will be our future students.”

Chapple points towards the endorsement of that goal by Grace Vickers, chief executive of Midlothian Council, who says the “project not only enhances learning around digital and data, but will, in future years, contribute through the skills gateway to an increased number of data professionals in the workforce” and points to the key objective of the Edinburgh and South East Scotland City Region deal being “to make this area the data capital of Europe”.

The long-range, low-power networking the project harnesses can send sensor data tens of kilometres, and it does that back to the Edinburgh service, where it is deposited in an Elastic Stack instance.

The data can then be analysed using the Elastic data visualisation technology Kibana. “We are creating dashboards in real time, and very quickly and easily,” says Chapple. “Each of the schools has access to their dashboards, where they can see the data coming in. The school pupils love it because they really start to get a handle on the data.

“Data can be quite abstract, quite hard to introduce people to,” he says. “But because the sensors are in their own local environments, they start to develop an interest in what’s actually happening, in terms of weather variables, temperature, humidity, air and water pollution, as well as both human and natural activity that will bring them into biodiversity monitoring, and so to climate change.”

The Edinburgh IoT team has a particular interest in sound with regards to the monitoring of biodiversity, with the detection of bat activity at the fore.

“We have people who have developed machine learning models which can indentify bat species from the signals generated,” says Chapple. “But if you can imagine being able to do that at scale, and with high resolution, you get a very accurate picture of bat biodiversity across the region because of the liveness of the information we’re processing.” 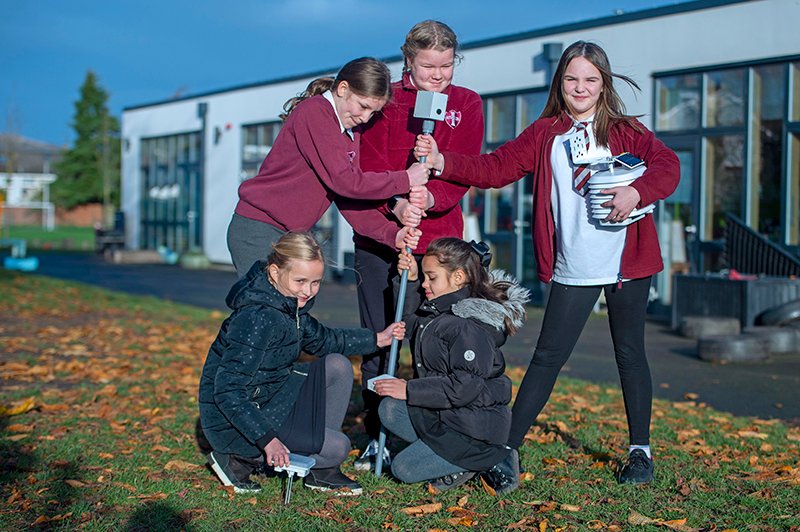 As a related aspect of the school teaching data analytics, he cites the virtual environment the university has built during the pandemic period, known as DataTown. This is being used to teach students about extreme weather events, for instance, by running 24 hours of thunderstorm data in 24 minutes, but without first telling the students it is thunderstorm data.

“I hope the students will be able to experiment with and utilise the features in Kibana itself to do their own data visualisations, so they can start to draw on the creative and art aspects,” says Chapple. “I’m really looking forward to them creating displays of data coming from the sensors.

“It’s about evidence-based reasoning. Our next generations need to be able to understand what’s happening in the world and use that information to be able to make choices to make policy and effect change.”