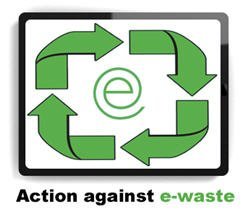 Every day, tonnes of electronic waste (e-waste) is sent to Africa from the EU. It is illegal to trade in e-waste and despite this almost all e-waste is dumped in places where no facilities exist for safe recycling with a minority of e-waste being repaired and reused.

Countries like China, India, Pakistan, Ghana and Nigeria receive thousands of old electronic goods on a daily basis from Europe and America.

In these developing countries, the lowest paid people, and in many cases children, earn money by breaking up monitors, servers, PCs, laptops and other electronic devices in order to get certain components inside.

By doing so they are exposed to highly toxic chemicals, including mercury, which damages the brain; lead, which can damage reproductive systems; and cadmium, which causes kidney damage.

For years, the western world has been sending mountains of e-waste to developing countries at the expense of people and the environment.

This campaign is to get companies to accept responsibility and not use ignorance as an excuse.

This year will see changes to the Waste Electrical and Electronic Equipment (WEEE) Directive in order to force companies to comply with electronic waste recycling laws.

Improvement to the WEEE Directive is clearly needed: a 2008 review of its performance showed only one third of WEEE collected in the EU is treated according to legal requirements; the rest goes either to landfill or to sub-standard treatment inside or outside the EU.

The next step in the process is negotiation for an agreement with the European Parliament, expected to take place in the second half of 2011.

We need to change our ways and act against e-waste.

What can be done?

Build your own custom video playlist at embedr.com 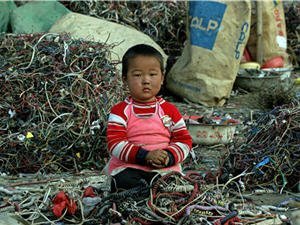 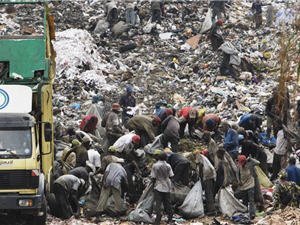 Photos: e-waste pictures from around the world