Runners using Garmin's Connect service have clocked 3.65 billion miles (and counting) – a distance equivalent to 7,566 times to the moon and back.

The application combines a running watch and website to log runs, allowing individuals to track mileage, see if they have achieved a PB (personal best), share runs and compete against fellow runners.

The Garmin Connect application has seen significant demand and growth, with large increases both in the number of users registered and the number of workouts uploaded by users.

Garmin Connect is an example of gamification, feeding people's desire to become fitter, leaner, faster and run farther. Such motivations are not restricted to fitness fanatics, nor is gamification restricted to the consumer market – any business that can engender gamesmanship within its products is likely to attract a significant loyal fan base.

The business case for gaming

In the Gartner paper Model games: Driving business model innovation with gamification, analyst Brian Burke looks at how the Department of Work and Pensions (DWP) encourages its people to generate ideas. He says DWP uses points, leader boards and a "buzz index" to create a marketplace for ideas, built on a collaboration platform that enabled idea development and trading.

DWP is able to tap into its large employee base of more than 120,000 people by applying gaming mechanics to the innovation problem. The platform enables employees to submit ideas and vote on those they feel are valuable, so the most valuable ideas rise to the top of the leader board and are developed to the point of launching projects.

The psychology behind games

To use gamification effectively, organisations need an understanding of human psychology and must develop the game around a long-term business value.

Berni Good is a cyber psychologist. She is developing a video game to help young people with mental health issues, such as anxiety and stress. "Young people have an affinity with technology and interact in a positive way with an avatar," she says.

Good's approach to the game will fit somewhere between a self-help book and a clinic. She says learning, as in e-learning, is a natural fit for using gaming techniques.

People can feel very self-aware, particularly young people, she says, but in the online space they can lose these inhibitions: "If you imagine a classroom where people interact in Second Life, those who are a little bit shy will interact more in the online environment. You may say something online, in a chat room, via email or on text that you would not say face-to-face. It’s a bit like a conversation after having a couple of glasses of wine.”

Psychologists call this the disinhibition effect.

Eudaemonic is the theory of well-being. Good says there are, in fact, three motivational drivers. The first is relatedness, which concerns how people relate in a meaningful way to other people such as friends, family, work colleagues and teachers. The second, competence, is self-explanatory, but it can be as simple as doing well at work. The third, autonomy, concerns people's ability to make their own decisions.

Good says the three tenets of eudaemonic are exhibited in computer games, and so should form the foundation of any gamification exercise, e-learning experience or project.

These are some of the goals of gamification. "Gameplay is hardwired into our DNA, from how we attract a mate to winning a race. Gamification is about taking the essence of games and applying it to real business purpose," says Will Grobel, a manager in marketing insight at Deloitte Consulting.

So really there is nothing new about the principles behind gamification. But what is new, says Grobel, is applying these techniques more consciously to business activity.

For instance, gamification can be applied when a sales rep visits a customer. "The sales rep can get out an iPad and go through an additional presentation with games that can capture additional data. You can incorporate typical market research through game play, such as spotting the difference between brands or monitoring awareness of the launch of a new product," he says.

Ovum analyst Carter Lusher says gamification is part of the consumerisation of IT. "As more people have access to smart devices, they are looking to interact more and more, but there is a lack of engagement. Employees are being pulled in a dozen directions. There are distractions, both internal and external," he says.

For Lusher, one of the use cases for gamification is in getting employees more engaged: "The game provides a focus. It tries to control behaviour."

E-learning with an element of fun and competition

Thoughtbox is a company that uses gamification to making learning maths more fun. “Incorporate a gaming element into the day-to-day lives of internal and external users can make them feel they are somehow part of something bigger,” says Cristina Luminea, CEO at ThoughtBox. “This is what games do well. For us, it is about promoting education using tech to empower people. The games give users an extra sense of accomplishment, such as rescuing a princess [in the game].”

Unlike traditional forms of testing and assessment, where someone may not receive feedback until weeks after a test, games provide instant feedback, she adds.

The only risk is that in a game that engenders an element of winning, people will see the game as a competition, where the objective is about coming first. “Organisations want people to work together, so you need to be very careful with creating rewards,” warns Luminea.

In fact, the experts Computer Weekly spoke to do not see monetary rewards as a good incentive in games. Tokens, points and a leader board appear to be the recommended ways to reward people within a games-like scenario.

For instance, Giffgaf, the peer-to-peer mobile network from Telefonica, only has a staff of 25, so all the customer service is handled through the community of members. This strips away the immense cost associated with operating a call centre.

“The community is free and it builds brand loyalty,” says Deloitte’s Grobel. “The incentive for people is that they are recognised in the community. Recognition is an innate human desire.”

Such rewards can have value beyond the recognition within the community of altruism. For instance, on eBay the star rating feedback mechanism means that valued sellers are rewarded by the community, and are able to sell products easier.

A leader board may disincentivise the person who is at the bottom. “But you could create leader board teams. Shared incentives and bonuses reward the whole team,” says Giles Armstrong, a games and narrative designer.

Engage users with the right technology

Gamification is a term used for activities that probably already exist in business, but the process of gamification focuses on achieving a particular business objective through game play. In the case of DWP, it was around encouraging people to contribute ideas, and rewarding them for their efforts. SAP used a rewards system to boost its SAP Community Network.

“Any organisation can use gamification. An IT helpdesk can use gamification to improve efficiency, for example,” says Ovum analyst Adam Holtby. Rather than simply measuring an IT service level agreement (SLA), he suggests that an IT manger could assign points based on the difficulty of the helpdesk submission. “You could even develop a quest to enable multiple helpdesk agents to collaborate.”

Simplicity is a common theme. "The biggest thing I’ve learnt is to keep it really simple," says Deloitte’s Grobel.

For instance, when Pearson Education wanted to revamp its accounting e-learning module, it initially envisioned building a virtual reality (VR) experience. It realised, however, that VR would not make an intuitive learning environment, says Paul Gentil, vice-president and director of digital strategy and assessment at Pearson Education, so it created a desktop simulation instead, which is more like the environment a professional would use. "VR is a bit cheesy,” he adds. 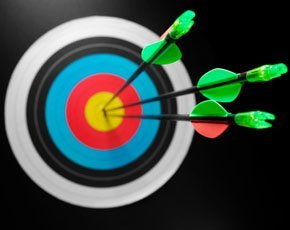 Tokens, points and a leader board appear to be the recommended ways to reward people within a games-like scenario

But technology never stands still, so VR may still be the future of e-learning. In Second Life, 23 UK establishments are registered as educational organisations. VR brings e-learning and gamification into the realms of video games that use high-end graphics to render photo-realistic characters and scenes.

Before designers get carried away with generating a first-person perspective for next-generation e-learning, cyber psychologist Berni Good offers a health warning: “Whether it is in a video game or e-learning, if there is something wrong with the character, users will not engage.

To clarify, she adds: “We have to function in this world. There are quite a few psychopaths out there and we have to recognise them.” So, if the on-screen e-learning tutor does not look quite right, he or she might be perceived by the student as a psychopath, which could lead to quite an interesting learning experience.