Inside the distros: A year in Linux development 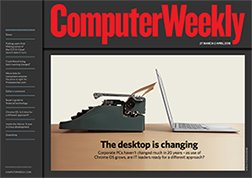 If the collective roadmap progressions of the major open source distributions (distros) throughout 2017 show anything, it is the importance of applying automation intelligence and cloud network orchestration to the total stack of functions that go towards making up an enterprise-grade Linux operating system (OS). The big brands in enterprise Linux include Canonical with its Ubuntu OS, Red Hat with its Red Hat Enterprise Linux (RHEL), and SuSE with SuSE Linux Enterprise Server (SLES). Other growing names spanning the free and open source category include Linux Mint, CentOS, Fedora, Mandriva, ReactOS, Solus and Chrome OS from Google. Red Hat footprints Red Hat’s major release for 2017 came in the shape of Red Hat Enterprise Linux 7.4, which the firm insists is an operating system that works across physical servers and virtual machines, as well as hybrid, public and multi-cloud footprints. In a world of componentised IT, where cloud containers are becoming an increasingly popular means of segmenting discrete, defined chunks of ...