Moscow to build on its smart city credentials 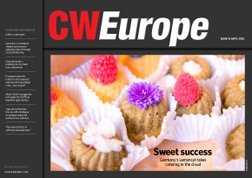 Moscow’s government is taking advantage of high penetration of broadband and mobile internet to expand innovative services under the Russian capital’s smart city programme. Authorities began to look at what other cities are doing under their smart city programmes at the beginning of last year. Eldar Tuzmukhametov, head of Moscow Smart City Lab, a division of the city government’s IT department, told Computer Weekly: “We thought we would be running substantially behind places like New York or Singapore, but it turned out that Moscow is doing rather well, and in just about all areas – from providing digital government services to the roll-out of intellectual transport systems. “In fact, according to international consultancies such as KPMG and PwC, Moscow is in the top 10 [smart cities], alongside New York and Singapore.” Tuzmukhametov said that thanks to a high penetration of internet use, demand for digital services in Moscow is high. “Russia has the cheapest mobile connection prices in Europe, and broadband access is also cheap...