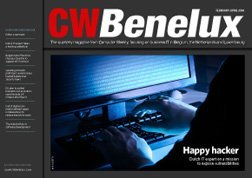 What kind of person takes a sabbatical to do more work instead of less? Who chooses not just more work, but possibly thankless work and an uphill battle? A man with a mission – that’s who. Dutch ethical hacker Victor Gevers took full-time leave from his IT job last year and used the time to hunt for vulnerabilities – anywhere, any time, anyhow. His mission was not just to hack around, but to find vulnerabilities, report them responsibly and then, hopefully, get them fixed by the vulnerable parties involved. So, not a hacker in the cyber criminal sense, and not a hacker in the sense of shaking digital trees to see what falls out. No, this hacker is a concerned digital citizen. Gevers – better known by his online handle 0xDUDE – wants to make the internet and therefore the modern world a safer place. Seriously. Gevers’ endeavour echoes a similar effort by a Netherlands IT news website six years ago. Webwereld, a Dutch-only publication of IT content publisher IDG, declared October 2011 to be “Lektober”, which translates into ...