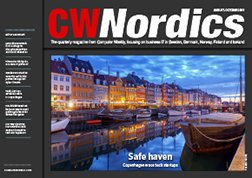 Despite its modest size, Denmark is home to a number of internationally renowned companies, such as Unity Technologies and Just Eat. Its capital, Copenhagen, has also become something of a safe haven for tech startups with similar global ambitions. The city’s ecosystem benefits from having everything on its doorstep, much as Stockholm has evolved off the back of companies such as Spotify over the past decade. Startups’ success in Copenhagen has inspired new waves of innovators, which has paved the way for investors and facilitators to rise up, culminating in even more startup success. “Copenhagen is now home to a rising number of accelerators, incubators, co-working spaces and investment funds,” said Thomas Horsted, chief operating officer at Tiimo, which provides structure and visual guidance to more than 1,200 people affected by attention deficit hyperactivity disorder (ADHD) and autism through a web platform and app for life management. “The Tiimo concept was part of our co-founders’ master’s thesis at the IT University of ...