A survey has revealed that UAE residents believe 3D printing technology will become widespread in the country, and expect it to have the most positive impact on society. The online survey of more than 1,000 UAE citizens, carried out by YouGov, asked them for their opinions on 16 emerging technologies. According to YouGov: “Data shows that of all the 16 listed technologies, UAE residents have most likely heard a lot about – or have some awareness of – cryptocurrency, virtual reality, self-driving cars and 3D printing.” A total of 85% said 3D printing will become widespread, and 83% said the technology will have a positive effect on society. Artificial intelligence (AI) will become widespread, according to 78% of respondents, while 76% and 75% expect the same for autonomous cars and cryptocurrency respectively. Two-thirds (66%) believe AI will be good for society, 64% said self-driving cars will and 60% expect a positive impact on society from virtual reality. Cryptocurrency is the most widely known of the technologies, with half ... 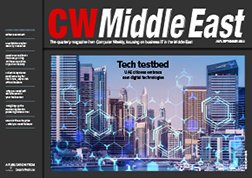