Why are Dutch companies slow to take advantage of the IoT? 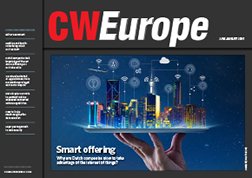 Almost 90% of businesses in the Netherlands are barely aware of the competitive advantages the internet of things (IoT) can offer them. The figure is striking given that last year, Vodafone’s IoT trends report for the Netherlands found that organsations that do embrace IoT achieve a significant revenue increase, cost reductions, more satisfied customers or more efficient business processes. The problem appears to be a lack of understanding, rather than a reluctance to adopt the IoT, because the report said that more than a quarter of the companies (28.5%) surveyed regarded their IoT knowledge as limited to almost non-existent. John van Vianen, director, business market at VodafoneZiggo, said in the introduction to the Vodafone Nederland, IoT Trendrapport 2018: “The outcome of this trend research into the adoption of IoT in the Netherlands as a means to develop new products and services is striking. Almost seven out of 10 Dutch entrepreneurs indicate that they do not really or hardly think about how they could use IoT for their ...