Half of Dutch IT decision-makers can’t explain blockchain technology 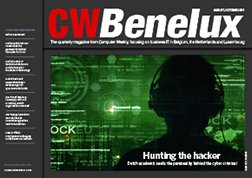 The Netherlands is not far from a major breakthrough in the use of blockchain technology, despite research revealing a great lack of knowledge on the technology in Dutch companies. More than half of Dutch IT decision-makers label their own knowledge level of blockchain as sub-standard, with 12% admitting they don’t even know how blockchain works, according to The future of IT report by Dutch software company Topicus. Despite this, 38% think the technology offers substantial added value to their organisation compared with existing technologies. “Most people who work in IT have difficulty thinking in terms of decentralised structures,” said Daan Dijkhuizen, CEO of Topicus. “They are used to centralising as much as possible and sticking to a single point of truth.” In particular, large organisations with more than 250 employees that are active in business and financial services have already run blockchain pilots, or are already using them in their existing business processes. In about one in three business and financial service ...